Can Israel be both Jewish and democratic?

25 Years After Rabin – Can Israel be both Jewish and democratic? 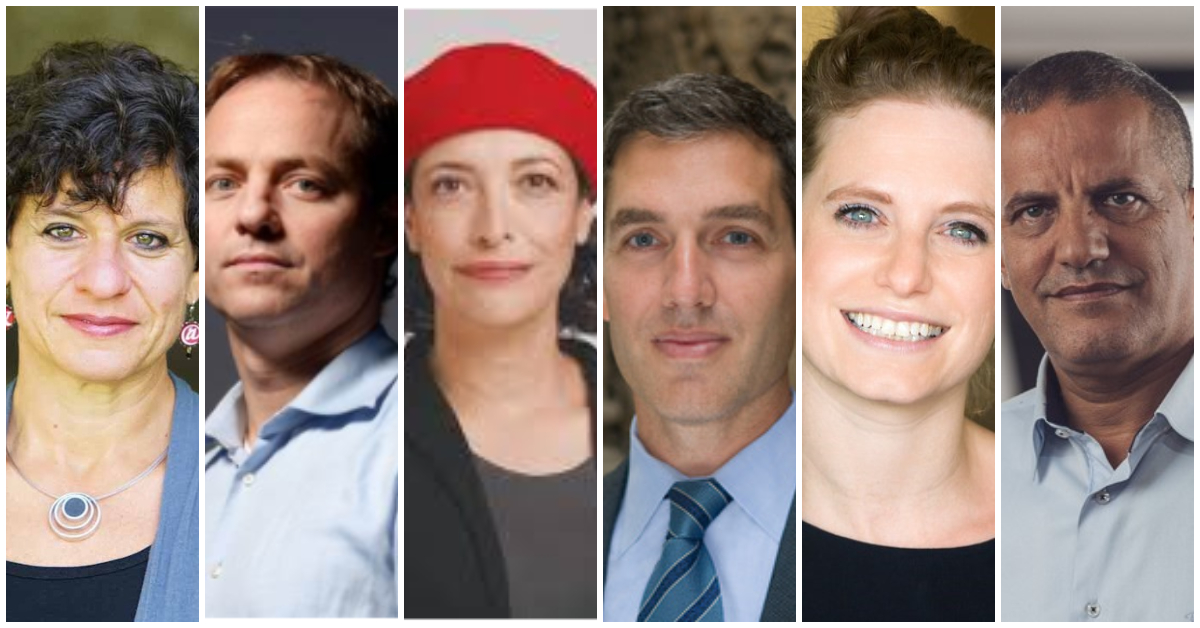 Tehila Friedman is a lawyer and a current member of the Knesset for the Kachol Lavan party. Tehila is a former researcher and program director at the Shacharit Institute that works to create a sense of common ground in Israeli politics and society. She is also a former researcher for the Hartman institute. In the early 2000’s Tehila served as a special advisor to the minister of the diaspora, Natan Sheransky, and was responsible for the government's strategy to combat antisemitism. Tehila also founded and managed the Mack Ness foundation with the Jewish Community Federation of Greater Metrowest NJ, a foundation working towards demographic and financial development of the Israeli south, the Negev.

Yohanan Plesner is the president of the Israel Democracy Institute and a former member of the Israeli Knesset. In 2006, he became the first Secretary-General of Israel's new ruling party, Kadima, and spearheaded the creation of the party's organizational infrastructure. From 2007 to 2013, as a Member of Knesset and was a member of the Constitution, Law and Justice, and Defense and Foreign Affairs Committees, Co-chair of the Knesset Lobby for Higher Education, and Chairman of the Knesset's permanent delegation to the Council of Europe.

Tova Birnbaum is the Director of Jewish Content at the Oshman Family JCC in Palo Alto and the head of the BINA-OFJCC partnership. She was born in B'nai B'rak in an Ultra-Orthodox home and was one of the founders of the BINA Secular Yeshiva in Tel Aviv. Tova had recently served as the Central Shlicha (emissary), Director of the North America Region of the World Zionist Organization. She is a teacher of Talmudic Rabbinic Literature, a Judaic studies lecturer and a Theater Midrash workshop facilitator. She is also a Secular Jewish lifecycle ceremonies officiant. Tova is an actress and a Jewish performance artist. She holds a bachelor's degree in psychology and Jewish philosophy from the Hebrew University of Jerusalem and a master's degree in theater from Tel Aviv University. She lives in Palo Alto with her husband and daughter.

Rabbi Elliot J. Cosgrove is Senior Rabbi of Park Avenue Synagogue in New York City. He was ordained in 1999 at The Jewish Theological Seminary, and subsequently earned a Ph.D. at the University of Chicago Divinity School. An officer of the New York Board of Rabbis, he serves on the boards of the American Jewish Distribution Committee, the Hillels of University of Michigan and Pennsylvania and is a member of the Council on Foreign Relations. He is the author of twelve volumes of sermons and the editor of Jewish Theology in Our Time.

Yasser Okbi is a correspondent covering Israeli southern region, Palestinian and Middle Eastern affairs for Maariv. He has over 33 years experience as a journalist working for several newspapers, including Kul Al-Arab. He is a member of the Board of the Press Organization, and member of the Press Council of Israel.

Can Israel be both Jewish and democratic?

Join us for a unique webinar to explore Rabin’s legacy and the relationship between Judaism and democracy today. What has changed in the last 25 years and what does the future hold? Is Jewish democracy possible? […]

Join BINA: The Jewish Movement for Social Change and the Oshman Family JCC for an Erev Yom Kippur virtual global gathering spanning time and space. Instead of feeling isolated, let us join together, bringing together hearts from around the globe for a gathering of Jewish learning, prayer and reflection, as we enter Yom Kippur. The program will include traditional and non-traditional prayers, as well as opportunities for learning, reflection and connection.  […]

Join BINA for an interactive workshop in unpacking and getting comfortable with the guide and its various offerings. Whether you're looking for a way to mark the upcoming Jewish holiday, or simply interested in the ways in which ancient Jewish wisdom meets the contemporary moment, this workshop is for you. […]

We are delighted to invite you to a special BINA havdalah experience to mark the beginning of this year's Gap program. The heads of the BINA Secular Yeshiva in Tel Aviv and Haifa will lead us in a musical havdalah ceremony marking the end of our new Gap participant’s isolation period and the beginning of their Gap year program.  […]

In the webinar, we'll focus on social engagement and mutual responsibility as a local responsibility – a social activity that belongs in our own neighborhoods, one which includes both Jewish and non-Jewish communities […]

Join us for an informational session to learn about the program, hear from current participants, alumni and staff, get a little virtual taste of what gap year with BINA is like […]