By Marla Goodman, first published in The Jerusalem Report

What else can Israeli innovation bring to the famed Silicon Valley in California? The obvious answer would be new software, like Waze or MobilEye, or hardware developed for one of the major global players that have innovation centers across Israel. After all, Israel and Silicon Valley are known throughout the world as hubs of innovation. Israel is the location with the second–highest number of start–ups in the world. Silicon Valley is ahead and is the headquarters of countless organizations that range from biomedicine to cloud technology. 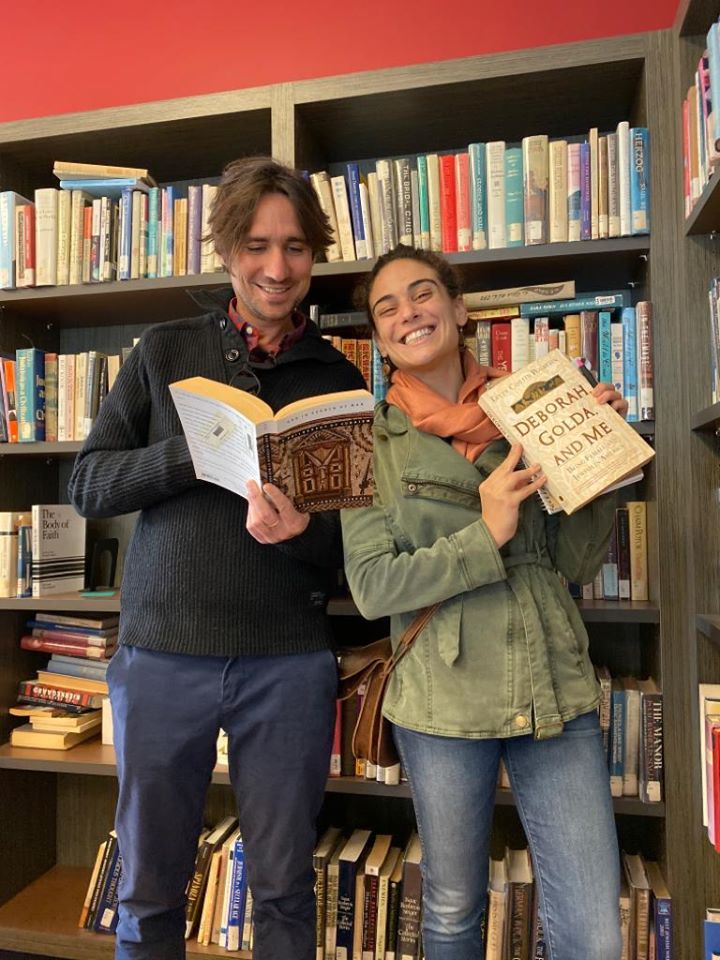 The Israeli “innovation” now beginning its takeoff on Silicon Valley soil is not really “new”– in fact, it is actually a few thousand years old – it’s the study of Jewish texts that include sources such as the Torah, Talmud, and Biblical Prophets. BINA The Jewish Movement for Social Change is an Israeli program that engages in Jewish learning in a non-religious setting. In a nutshell, BINA and its affiliates see as their purpose to materialize the idea that secular does not mean ignorant. In Israel, many non-observant Jews are hesitant to learn more about their roots due to various religious and political factors. BINA offers this rising number of “secular” Jews a platform to study Jewish sources without the pressure of what to believe or how they should observe it their daily lives. Moreover, BINA enables Israeli Jews to build community, which in turn leads them to social action. “BINA is one of the oldest and leading organizations in what has become the ‘secular Jewish renaissance,” states Elliot Vaisrub Glassenberg, staff member at the BINA office in Tel Aviv.

“BINA helps Israelis from non-religious backgrounds connect and reclaim their Jewish identity in a variety of creative ways.” Currently, the BINA program reaches over 90,000 people each year. BINA has a plethora of programs that reach many facets of Israeli society. First, BINA has affiliated Secular Yeshivas in Tel Aviv, Jerusalem, and Beersheba, and even one in Dharamsala, India. The Beit Bina in India that opened in 2016 serves Israelis traveling throughout the region after their military service. “Every year, tens of thousands of young Israelis travel in India after finishing their army service, in what has become a sort of rite of passage,” says Nir Braudo, BINA’s deputy director for strategic planning. “The vast majority of these Israelis are hiloni (secular). And because for most secular Israelis, Jewish practice takes place primarily in the home – and not in the synagogue – only when they leave home for the first time do they actively seek out a place where they can practice Jewish traditions, especially around Shabbat and holidays.” All of these locations offer Israeli Jews the opportunity to engage in Jewish learning in a secular manner. Also, BINA targets secular Jews in the IDF. This program offers day workshops and weekend lectures that give soldiers the opportunity to learn about Judaism from a non-Orthodox perspective. Furthermore, BINA has partnered with public schools in the Mamlachti (state-secular) school system in Israel for more than 12 years with the goal of promoting Jewish learning. Another program, Beit Midrash (house of learning) at Ramat Efal, which is located in the vicinity of Tel Aviv, offers a variety of courses that range from Hebrew literature to philosophy. The programs presented here represent only a small range of BINA’s activities in Israel.

The Oshman Family Jewish Community Center (OFJCC) in Palo Alto, California, has established a partnership with BINA. Together they are delivering an English-language Jewish learning program. “We realized that although we’re an ocean apart, there’s much in common between the Jewish communities in Israel and America, and especially between the BINA community and the Jewish community of the Bay. In both communities, there are many Jews who are not affiliated with any formal Jewish denomination but are interested in a meaningful relationship with Judaism. So the OFJCC and BINA together decided to introduce some Jewish approaches to learning into the Bay area,” says Nir. BINA offers Jewish families a new avenue to reconnect to Judaism, both in regard to study and action, which facilitate community building. OFJCC has also developed a wide range of programming that focuses on Jewish learning and how it can lead to social action and build the Jewish community in the San Francisco Bay area. The OFJCC has started a new weekly program called “New Basics,” which covers a wide range of topics. Each class and series of lectures can stand on its own, though approximately 35 people attend every week. One example of current programming being offered is “Biblical Prophets and Prophecy,” a six-class series that emphasizes how prophets dealt with social crises of the time. This is very timely as it focuses on how the Jewish Bible portrays social commentary and how social issues should be resolved. Moreover, the OFJCC offers these classes at a heavily discounted rate to facilitate learning for all. Another class currently being offered is “The Talmud’s Greatest Hits.” In addition to OFJCC staff, this course has several guest speakers including Daniel Libenson, who is the founder and president of the Institute for the Next Jewish Future and co-host of the Judaism Unbound podcast. These classes also focus on unique concepts, such as “Were There Women in the Talmud?” which is being taught by Tova Birnbaum, director of Jewish Content at the OFJCC and one of the founders of the BINA Secular Yeshiva in Tel Aviv. 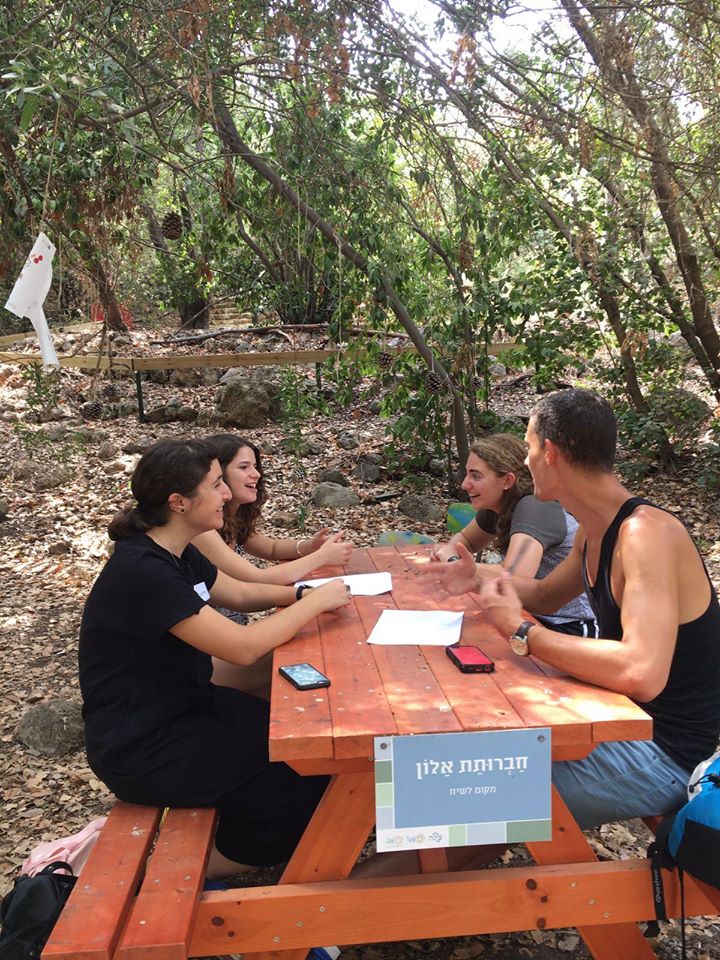 “BINA’s style of Jewish learning really appeals to people who are looking to engage with Jewish ideas in an open-minded and intellectual way,” states Zoe Jick, associate director of Jewish content at the Oshman Family JCC. “Our weekly BINA course, ‘Judaism: The New Basics,’ has been just the right fit for people who, for whatever reason, haven’t yet felt comfortable doing Jewish learning. I have been so moved to see happen what I knew to be possible: that Jewish learning is really the best tool for bringing people together.” Nir adds, “The results have exceeded our expectations. After a year and a half of activity together, hundreds of individuals – most with little or no formal connection to Jewish communities – have come out of the woodwork to engage with Judaism in new and relevant ways. This partnership is a great example of two Jewish organizations – Israeli and American – working together as equals to build the future of Judaism.” The OFJCC offers Jews the opportunity to engage in meaningful Jewish action with the theme of gadol talmud she-hatalmud mevi lidei ma’ase, meaning “great is study that leads to action.” For example, the OFJCC is currently in the process of offering volunteer programs in underserved areas or for aiding the elderly. While this is still a work in progress, it is clear the OFJCC will make a significant impact in the San Francisco Bay Area community. Finally, the OFJCC offers programming with the goal of building community. For instance, in October 2019, the OFJCC offered a program titled, “Return: A Yom Kippur Experience” before Yom Kippur that offered participants the opportunity to meditate, learn, and focus on their own experiences over the past year. Innovation and growth are clear indicators that an industry is thriving. BINA offers an innovative platform for Judaism to flourish, both in Israel and now – a beginning in Silicon Valley.

Marla Goodman is entering a new field, writing, in addition to her expertise in Chinese language and culture, and in legal matters. She lives in Los Altos, California, and dedicates this article in memory of her Canadian grandmother Pearl Goodman.