Five must-see spots on the “other side” of Tel Aviv

The neighborhoods of south Tel Aviv are the “wrong side of the tracks”, ever since their founding in the early part of the 20th century, before the founding of the State of Israel. They were never really part of the “white city” that blossomed out of the dunes by the Mediterranean. We want to invite you to experience the untold story of Tel Aviv, and to uncover the behind-the-scenes spots in south Tel Aviv.

Here are five must-see spots to help you see a difference side of Tel Aviv:

1. A Culinary Experience in the New Central Bus Station

Many Israelis try to avoid the concrete monster that is the New Central Bus Station, and not without reason. The station is a sprawling and confusing maze, and good luck finding your way out. But if you’re the adventurous type, you’ll be surprised to discover that the Central Bus Station is filled with inexpensive surprises, social initiatives and good food! On the fourth floor, you can find several grocery stores catering to the migrant worker populations, who have settled around the station because of cheap housing and easy access to public transportation. These grocery stores offer a variety of produce, snacks and other food items that you’ve never seen before (unless you’ve done some travelling in southeast Asia). Every Friday, the fourth floor hosts an authentic Filipino food market with unique tastes at a low price.

2. A Whiff of Culture from the Red House in Shapira Neighborhood

At 37 Yisrael Mesilant street, you’ll find a century-old house that’s impressive in size and design – the famous “Red House.” In fact, throughout Tel Aviv’s history there have been four different buildings dubbed “The Red House,” but the one in the Shapira neighborhood is one of only two that remain. It was the first house built in the neighborhood, during the Ottoman period, before Meir Getzel Shapira thought of the idea to build a neighborhood here. At the time, roughly 200 “well houses” were built throughout Jaffa and its outskirts (today’s south Tel Aviv) to support the booming citrus industry. Following years of neglect, the house has been revitalized in recent years by neighborhood residents – and today it serves as a space for art and culture, with the aim of bringing the different demographic groups of the neighborhood together. The house contains rotating art exhibits, workshops and lectures on various subjects for the public, and is a centerpiece of Shapira’s annual Spring Festival.

3. Jewish Learning in the Heart of an Urban Oasis

Come and visit us in our home – the Nature Gardens campus! The BINA Secular Yeshiva in Tel Aviv on Lavon Street on the border between Tel Aviv and Jaffa, a humming center for a variety of cultural events for all ages: the center of BINA’s young adult service learning programs, which also hosts Kabbalat Shabbat and holiday events for families and guests from Israel and all over the world. The campus is home to our organic, sustainable urban farm, which offers workshops and activities on urban agriculture and the place of environmentalism in the Jewish values of Israeli society. Come and wander the pathways of the beautiful botanical garden, which boasts indigenous plants from the various regions of Israel. Or bring a friend and find a shady spot for a bit of secular Jewish learning! 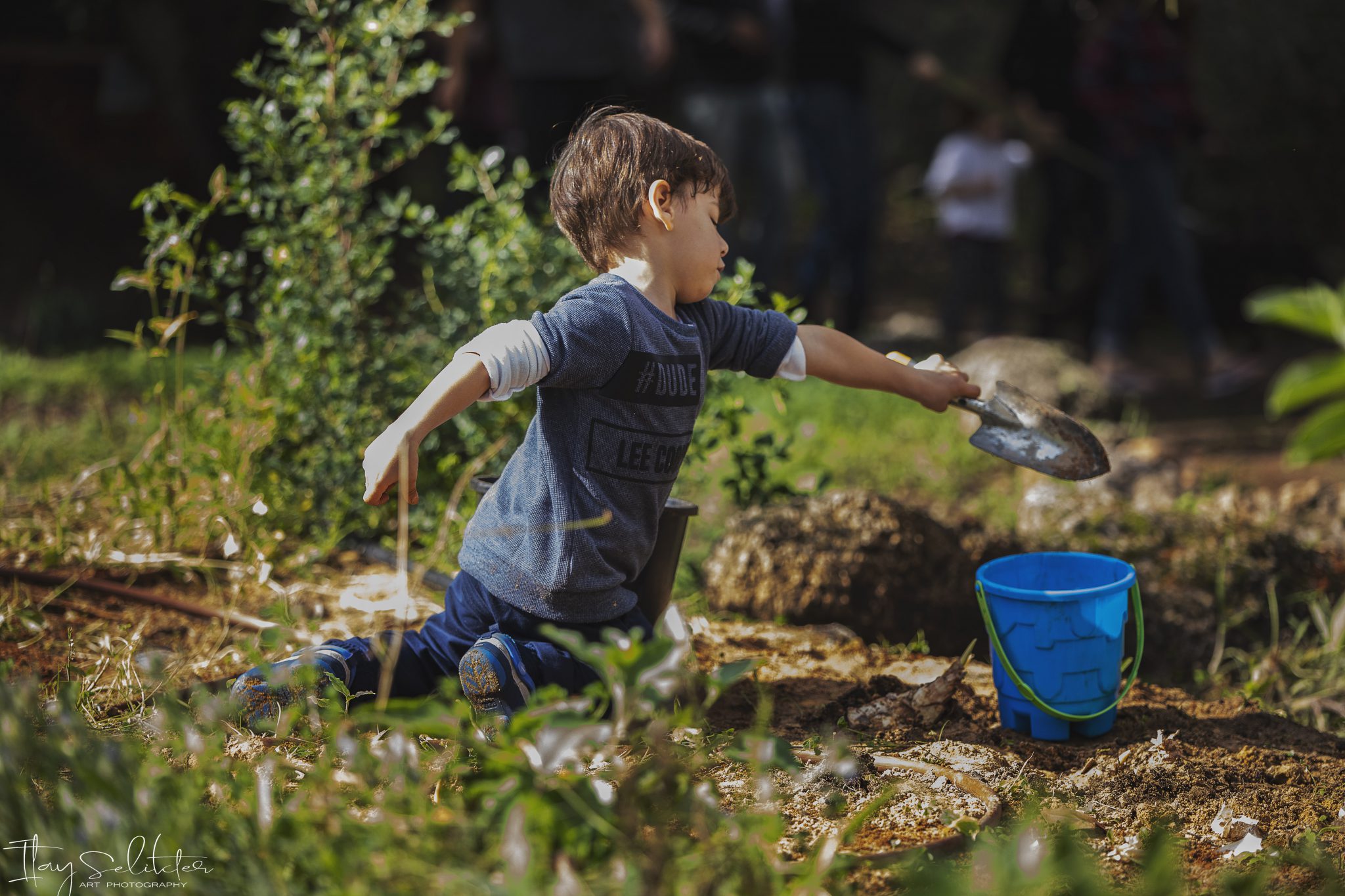 South Tel Aviv’s Shapira neighborhood is been home to a culturally traditional population since its founding days. In the 1920’s, the challenging, yet inexpensive, conditions drew groups of immigrants who arrived en masse. Each of these group would found their own synagogues that would serve as a meeting point and a prayer space in accordance with the traditions from their home countries. Particularly unique is the story of the Jewish community of Thessaloniki, Greece, from which immigrants first arrived to the Shapira neighborhood in the 1930’s and built their synagogue on Makor Haim street. Following World War II, in which most of the remaining community in Thessaloniki was wiped out, the last remaining survivors came to Israel and joined their countrymen in Shapira. Since these new immigrants came with nothing, the synagogue council decided to operate as a “communist” community. Traditionally, in synagogues in Thessaloniki, members had to make sizable donations to reserve seats, and the opportunity to lead parts of the service were auctioned off to the highest bidder. In Shapira’s communist synagogue, members who could not afford these privileges could bring a chair from home, and the different roles in the service were determined by rotation.

Café Shapira was the first coffee shop opened in the neighborhood. The café was opened in 2015 in an abandoned house in one of the neighborhood parks. The founders, residents of Shapira, envisioned to create a communal meeting spot, without changing the unique way of life in the neighborhood. The café was met with resistance when it opened, but with time it has blended seamlessly into the community. Beyond the menu (much cheaper than most coffee shops in Tel Aviv), the café offers cultural evenings open to the public, a weekly movie night, a community message board, and a variety of seating styles for every age.

And that’s just the beginning! If south Tel Aviv piques your interest and you want to learn even more – join us for a tour with BINA. You’ll find a variety of tours in south Tel Aviv that introduce you to the area’s history and social challenges, with insightful and nuanced discussions for your group, exposure to inspiring social initiatives and meetings with social activists to shed light on this oft-overlooked corner of Israel’s economic and cultural metropolis.

Book a tour with BINA to learn and experience Israel’s hidden treasures! 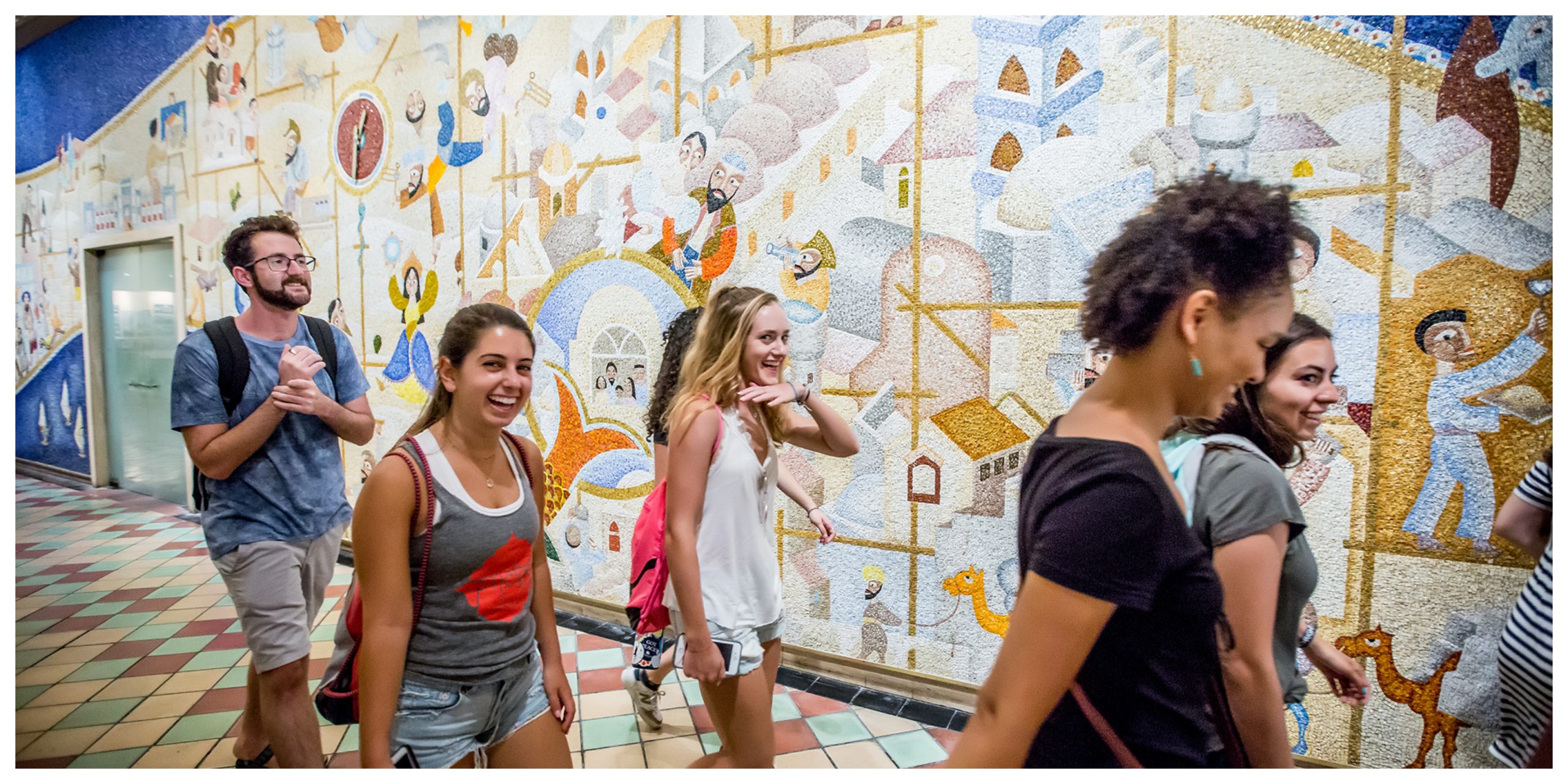