Finding My Spark – From Roanoke to Israel 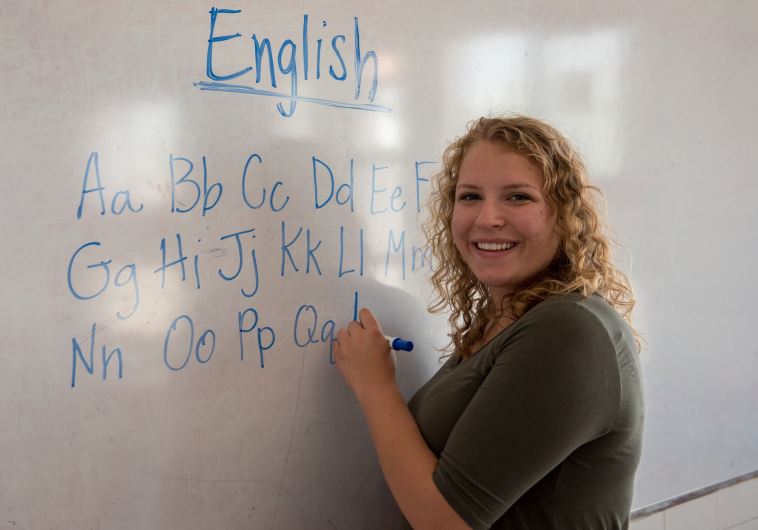 Originally Published in the Roanoke Times.

When the clock struck midnight on January 1, 2015, I wasn’t full of joy, but panic. It was officially my graduation year, and I felt as lost as ever. In just five short months, I would be graduating with degrees in International Relations and Religious Studies from Roanoke College, but I had no “next step.” My friends seemed to have everything planned out – moving to new cities, finding jobs, getting engaged. I was confused as ever, as far from “figured out” as you could get.

I knew what I wanted to do long term – I want to go into academia, but I did not know what exactly I wanted to study, or where I wanted to study. The only thing I knew I wanted to do was to research peace and conflict. I spent most of my time senior year planning and executing the first ever Israel-Palestine Peace Month at Roanoke, which I coordinated with two friends – two of us Jewish and one Palestinian. I was learning more and more each day about the Israeli-Arab conflict, and knew that I wanted to learn more. It was much more complicated than I had ever thought, and I knew that I would never get the full story unless I went and experienced it myself.

One thing led to another, and I found myself on a plane to Israel to participate in a Masa Israel Journey program. Masa gave me the chance to choose from hundreds of programs through which I could intern at cutting-edge companies, volunteer, study or teach English. Through Masa Israel Teaching Fellows (MITF), I was first trained in teaching English, and then I was tasked with my own classroom, teaching English in an Israeli school.

However, my program was different than for others who had done it before. For the first time, through a partnership Masa developed with the Ministry of Education due to the needs the ministry was observing in Arab communities, MITF would have a cohort of Americans teaching English in Rahat, a Bedouin-Arab city near Be’er Sheva in the desert while we also spent time learning together at the Bina Secular Yeshiva, an educational institution in Be’er Sheva.

I was drawn to the program in great part because of my experiences as a Jewish student at Roanoke College, a school where only 27 people self-identified as Jewish my senior year. Through a friendship with a Palestinian-American student whose family manages a coexistence project in Bethlehem, and my time organizing Israeli-Palestinian Peace Month, as well as my studies in class, I knew I wanted to explore co-existence in the flesh.

Seeing something is believing in it, but experiencing something is understanding it. I entered Al Huda School in Rahat with little to no understanding of the Bedouin culture or experience within Israeli society, but left with a love and appreciation for the culture and the people. I learned about the people, about the education system within Bedouin cities and Israeli society in general, and about myself. I began to understand the big issues at hand, but also the smaller, less obvious challenges and nuances. The more I seemed to learn, the more questions I had. And as I questioned the world and society around me, I began to understand myself more as well.

Going on my “masa” (which literally means “journey” in Hebrew) taught me that the world is much more complicated and interesting than it seems on paper. There is only so much we can learn from books. Moving to Israel opened my eyes to the world around me, and offered me a chance to explore not only the topics that I found myself drawn to during college, but also to the topics I hope to explore in the future.

My masa changed the direction of my future in many ways, and has allowed me to explore new possibilities. I am making Aliyah (immigrating to Israel) this December and hope to continue to work toward Jewish-Arab peace; I will be studying for my master’s degree in government at the Interdisciplinary Center in Hertzliya. Furthermore, I am excited to be a part of the people of Israel, and to further grow personally. Being in Israel gives me a spark I don’t feel anywhere else, a spark that pushes me to try new things, take risks, study harder and live more. I am so thankful for MITF for introducing me to a whole new world, and I’m so excited to see where my masa continues.