Where were you when Rabin was assassinated? Everyone who remembers the murder, remembers where they were when it happened. It was an event so shattering, that the question of your location in relation to it is always relevant, even 25 years later. Location is not just a physical reference point, and mine has changed over the years, as has Israeli society.

Even as a child I realized that I did not have an exciting enough answer to this question. I wish I could say that I was in the square, demonstrating for peace. But the truth is I was at home. I was asleep, and my whole family was asleep. It was a Saturday night and I had a school trip planned for the next morning. Towards midnight a phone call woke up the house, terrifying us all. It was my teacher, who called to update us that the trip was canceled, and when she explained why, we were shocked.

As we watched the news on TV in a loop, I realized that something crazy had happened, but, as a child I could not comprehend the enormity of the event. The only time I was able to feel real pain was during the obituary by Noa Ben-Artzi, Rabin's granddaughter. She did not want to talk about peace but about her grandfather, and I could already easily relate to that.

Israeli society, like me, was snoozing at home, preferring to sit on the sofa when incitement raised its head. No one imagined that something like this could happen and the sense of astonishment was immense. The Israeli house, that was anyway built in a hurry, fell apart.

What do you do when a house falls apart? We might think this is an interesting opportunity to strengthen the foundations and build a new home. A house that will express the strengths of all Israeli communities and population groups.

Instead, fences were built everywhere, marking territories, borders and separations. Sometimes real fences and sometimes invisible, symbolic fences that comfortably allowed sterile space away from anyone who has a different opinion and ideas. People lost their unique identity in favor of flat labeling: left, right, settler, religious, secular, Ashkenazi, Mizrahi. The way in which the fence is constructed, in Israeli society, then and now, splits us down the middle and leads to stereotypical conclusions and "either-or" judgements. If you are educated, support peace, and live in the center, you are probably an Ashkenazi who votes left. If you live in the periphery, the judgement is that you are certainly not educated, and chances are high that you wear a kippah, are Mizrahi and right-wing. It’s a division that does not allow for the complexity of "both": that a person can be both educated, come from the periphery, and also be left-wing, for example. Israeli society entered an enduring period that emphasized "them" and "us" – “we” are in the right and “we” are the wise ones, while “they” are the stupid ones and “they” are in the wrong.

There are, of course, those who benefit from the multiplicity of definitions and divisions, the method of ‘divide and rule’ allows the political leadership to hold onto the throne, while each group is busy strengthening itself. The problem with fences is that they do not allow us to look outside and come to the understanding that everything is more nuanced and that we are actually together in this story – we all have a place here, and we also have a shared responsibility for our country.

I, too, was busy building fences. I grew up in an Mizrahi house, in a neighborhood on the social periphery of Israel. As a teenager and also as an adult, I experienced outright Israeli racism. I learned about the way in which one is pre-judged based on preconceptions based on specific components of my identity. I mourned the absence of the separate, key parts of my identity. I wanted to be someone else. As a teenager, I built a position for myself, worked on building a clear identity, looked for my "we" and asked to belong to it. 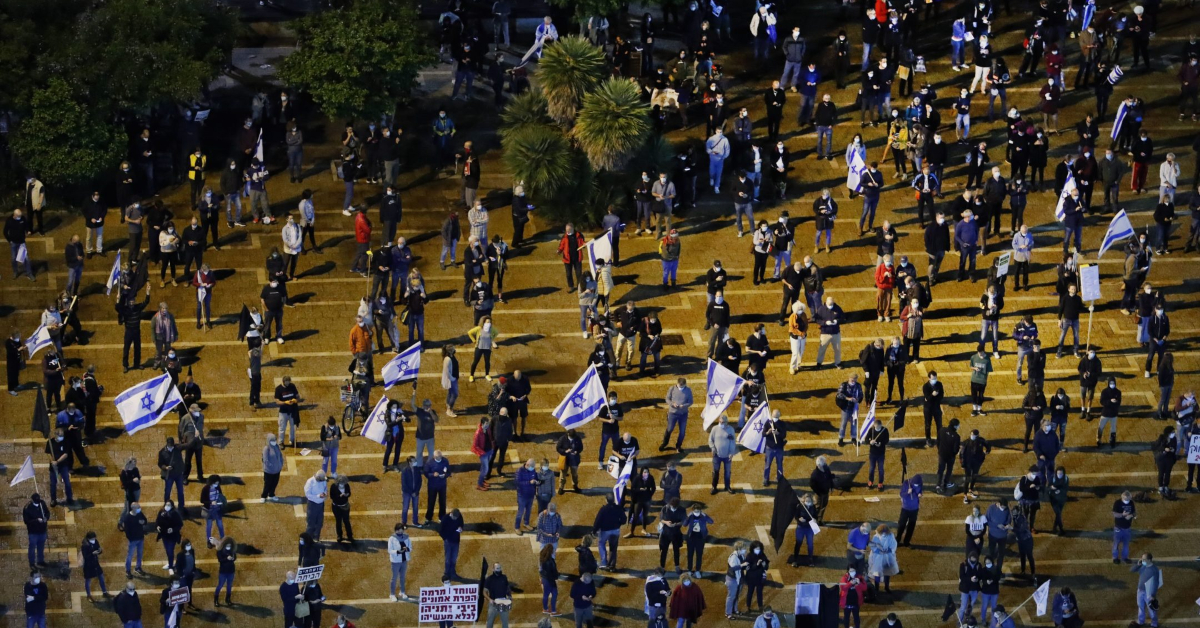 It has been more than 25 years since the assassination of Yitzhak Rabin. During the past few years, all of humanity has been experiencing crises. In Israel, in addition, there are social, political, and medical rifts. The Israeli public is divided and agitated.

As an adult, I was already tired of an imaginary house that is not really stable and certainly fed up with fences. It took me a while to understand who I am, to realize that my story as a Mizrahi young woman is not my own private story, but rather a collective story of a generation that experienced covert and overt racism. But, once you know who you are, it's easier to let go. Today, I am busy blurring the boundaries. Today, I want to build a tent – why a tent?

We can all put up a tent ourselves, and that is the essence of active citizenship that we lack as a society. A tent is not safe and comfortable enough. This requires us to be vigilant and alert to adversity and social injustices. A tent is open for all to enter, to get to know each other and become closer. A tent is flexible – it allows us to change, face the challenges of the hour,  get back to ourselves, and to be together.

Finally we go for the words of Israeli songwriter Ehud Manor and his words of love for this country, my country, and also for its people, words of longing for a good life for all of us.

“I have no other country,

I won't be silent because my country

has changed her face.

I will not give up

And sing in her ears

until she will open her eyes”

Michal Zamir is the Director of the BINA Secular Yeshiva in Beer Sheva.

In 2020, BINA's Rabin retrospective was created in partnership with the Forward. Click here to browse through the full collection of essays.