Will you indulge us for a moment?  Can we take a minute to point out a few challenges in how we launch our children on their Jewish journeys?  Don’t worry – we won’t just kvetch; we also have a pretty good solution for how to address these challenges – not just a gap year, but a LEAP year.

By Zack Bodner, CEO of the OFJCC in Palo Alto, CA &

First of all, for most non-Orthodox American Jews today, the apex of their Jewish journey is their Bar or Bat Mitzvah, after which, they have minimal engagement with their Judaism.  Then there is a long gap between the Bar or Bat Mitzvah and a Jewish wedding – a gap of 10 to 20 years or more, which of course occurs during the most formative time in their lives. Wouldn’t it be wonderful if we could extend the Jewish journey a little longer, hit the apex around the age of 18 and not 13, and thus make the gap a little shorter?

Second, American Jews and Israeli Jews increasingly have less and less in common with each other. This is leading to a lack of understanding of “Jewish Peoplehood” as our binding ideal and, in some cases, open animosity toward the other.  What if we could create real relationships between Israeli and American Jews, exposing them not just to each other’s challenges, but also exposing them to each other’s homes, traditions, practices and the good stuff too?

Fourth, many Israelis don’t know there are many options for how to live Jewishly because they believe they must choose between a false dichotomy: either you are hiloni (secular) or haredi (orthodox).  They don’t know that a rich continuum exists between the two polar extremes because they haven’t been exposed to it.

What if young Israelis were exposed to the many different ways of doing Jewish that exist in the American Judaism just at that very moment when they are forming their own Jewish identities in that period just before they join the IDF?  What if they could form meaningful bonds with Jews of different backgrounds, religious practices and beliefs in the most formative moment in their lives, and then take that back to Israel with them? 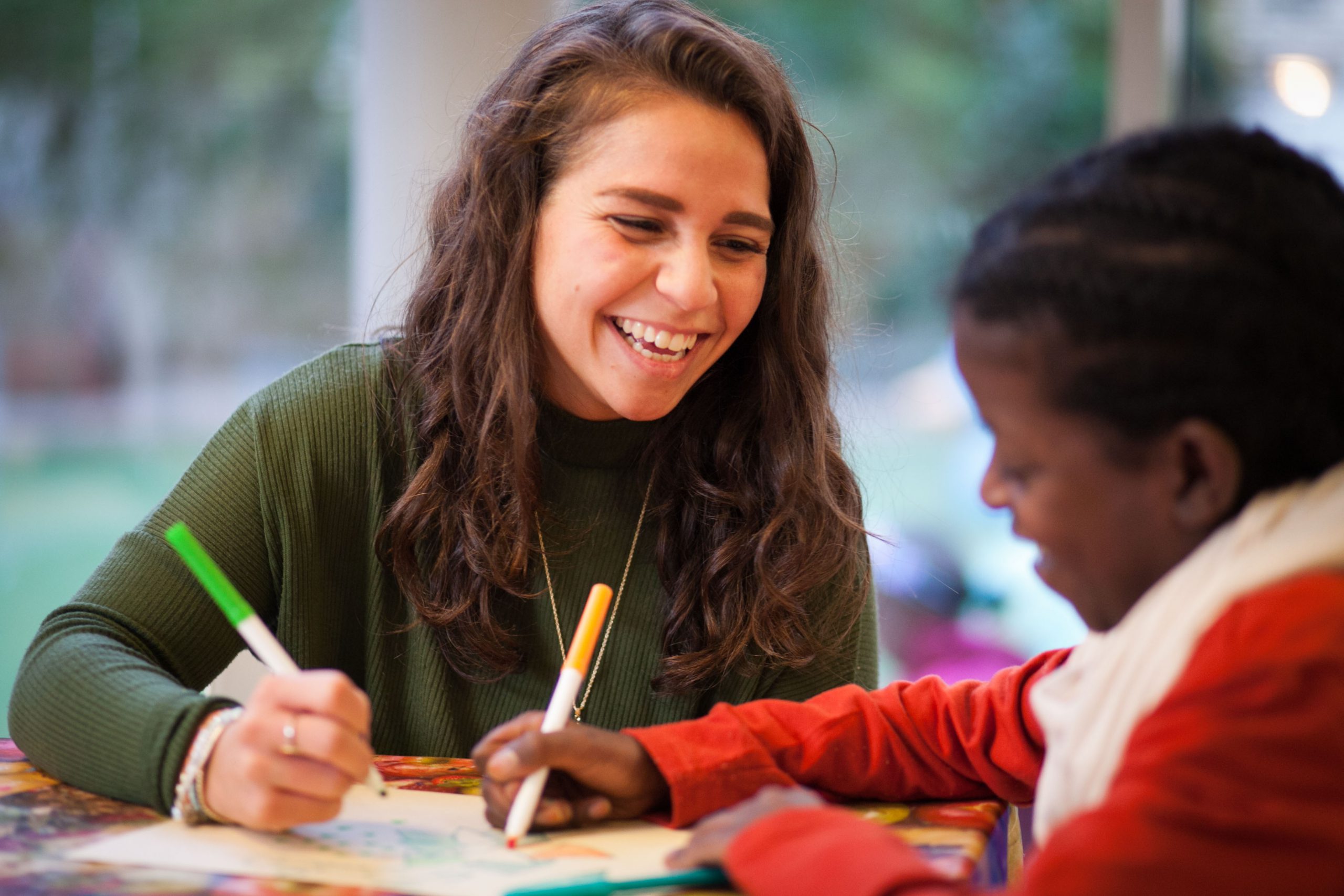 We believe a solution to these challenges is to change the ethos in the American Jewish community so that a new conviction emerges: The apex of a young person’s Jewish journey is no longer their B’nai Mitzvah, but a gap year experience – though not a gap year, but a Jewish LEAP Year: a year of Learning, Experience, Action and Peoplehood.

Imagine a time in the near future when the new norm in American Jewish life will be a transformative period between young Jews’ graduation from high school and heading off to college.  Just as all Israeli Jews serve in the army or do national service, American Jews too will spend a year of “national service,” exploring their heritage, learning to create a Jewish life for themselves, engaged in tikkun olam, being exposed to Israel and Israelis, and really getting to know other American and Israeli 18 year-olds.

And imagine a time when so many Israeli Jews are exposed to and inspired by American Judaism, that they bring back home a more pluralistic and contemporary Judaism that replicates the Shabbat on the Port in Tel Aviv and the Shabbat at the Old Train Station in Jerusalem.  When a critical mass emerges in Israel that fuels some of the budding alternatives to Orthodoxy, it could make non-Orthodox Jewish weddings and conversions and funerals legal for Israeli Jews.

Taglit-birthright has been revolutionary in changing American Jews’ relationship to Israel and to their own Jewish identity. But, ten days is not enough.  At this important moment in a person’s life, we believe that programming must include deeper encounters between Americans and Israeli Jews, serious and relevant Jewish text study, as well as meaningful and sustainable opportunities for social action.

The Jewish Agency’s shlichim and shin-shinim programs that send Israelis to America are wonderful, but they’re also not enough.  It’s one thing to work in a Jewish summer camp, a JCC or a Jewish day school, but these Israelis are only seeing a tiny slice of American Judaism and are not really being exposed to the vast array of American Jewishness.  Additionally, the role of the shaliach – which can be understood from its very title of “messenger” – is outdated. The idea that their role is to bring news from Israel to the Jewish world doesn’t take into account the notion that Israeli Jews have much to learn about their Judaism from the diversity and richness that world Jewry has to offer, just as Jews around the world can learn from Israeli Judaism.

To that end, the Oshman Family JCC in Palo Alto, California and BINA: The Jewish Movement for Social Change in Israel are partnering to create a new program for American and Israeli high school graduates. The Jewish LEAP Year is our take on the gap year experience, and it reflects our understanding that one’s Jewish identity is incomparably affected by immersive experiences as a teenager.

The Jewish LEAP year experience combines BINA’s expertise in running gap years and other immersive programming with the OFJCC’s innovative and forward-thinking perspective on American Judaism. These two organizations are coming together to create an experience that is pluralistic and open-minded, relevant and personally meaningful, deeply rooted in Jewish tradition and oriented toward the Jewish future. 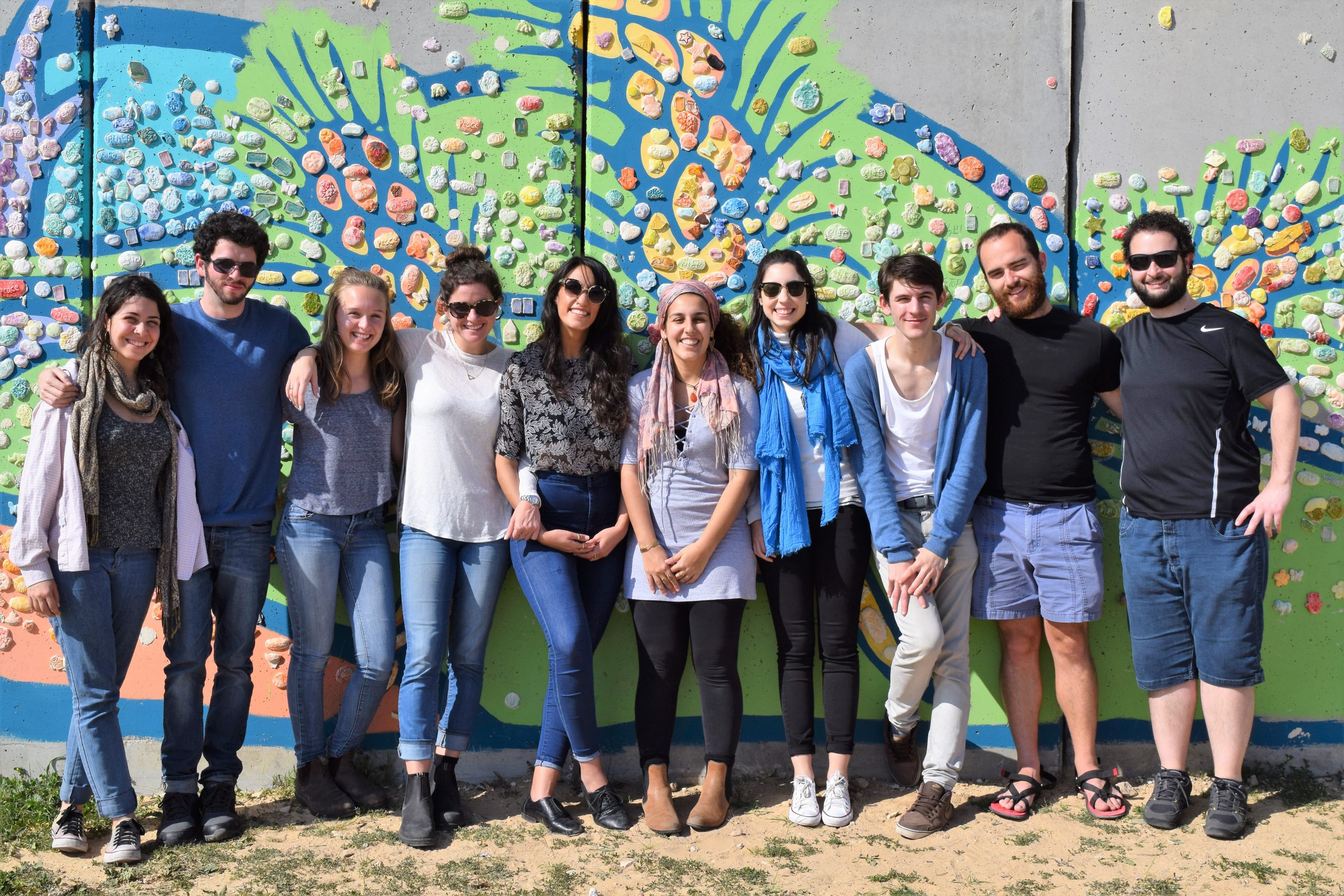 The Jewish LEAP Year affirms the common understanding that a meaningful Jewish life is comprised of Jewish literacy, meaningful relationships between Jews around the world, participation in social justice work, a connection to Israel, and deep friendships that make up one’s community. LEAP creates paths toward each of these elements, and in doing so, hopes to cultivate Jewish lives that can be part of architecting a new Jewish future. 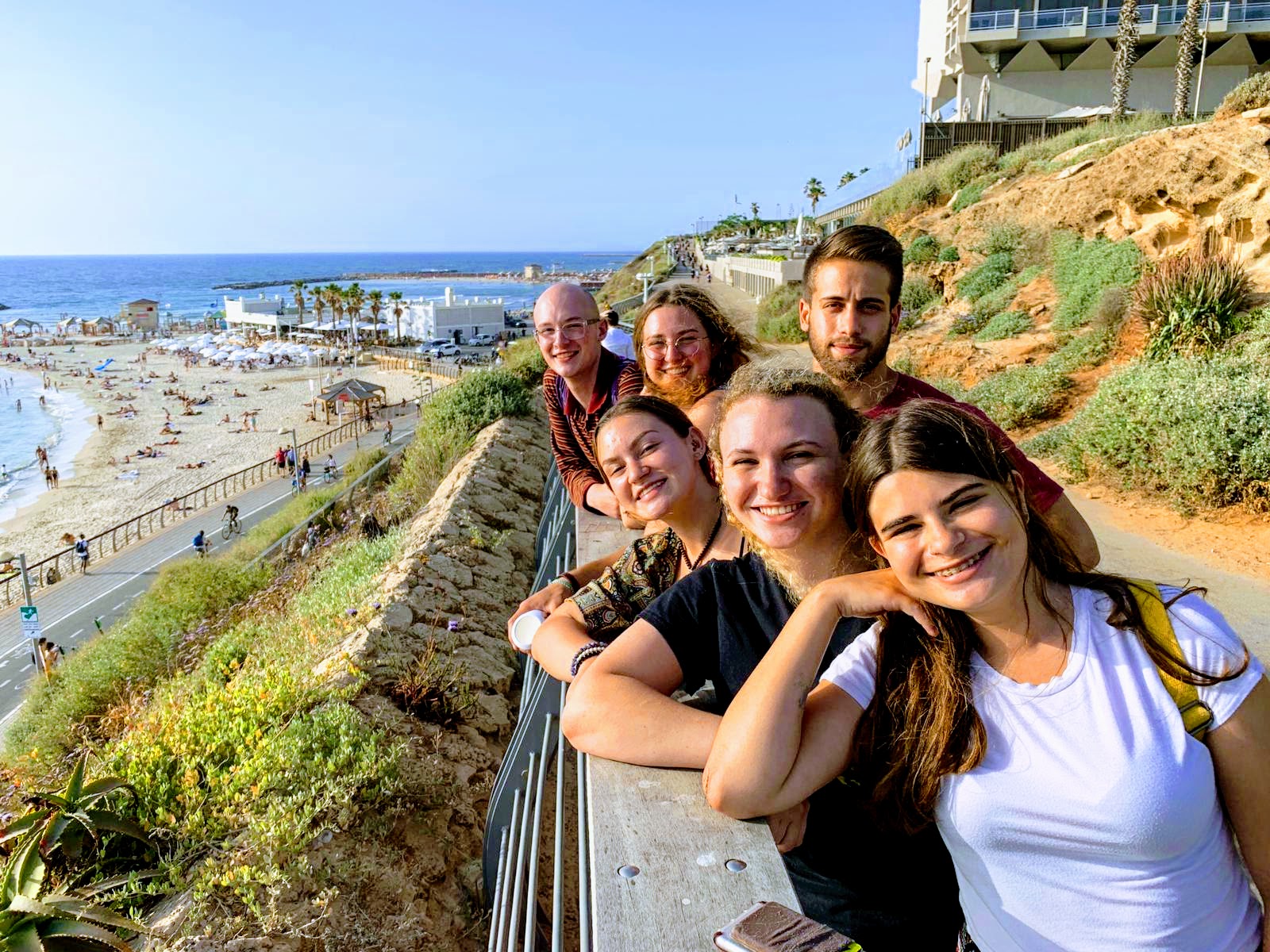 A typical week during the LEAP program would include LEARNING with an eye toward relevance in today’s modern world utilizing a curriculum including traditional and modern Jewish texts.  It would also include a significant amount of time devoted toward social ACTION work and volunteering, as we believe Jewish learning must be tied to social impact because the tikkun olam culture in American Judaism and the Israeli national service program has become a defining feature of Judaism for the 21st century.

Giving the participants opportunities to EXPERIENCE Jewish life in a variety of places, languages, and cultures will reinforce the relevance of Judaism in their lives today. They will be involved in creating meaningful Jewish rituals as well. Whether it’s taking an ancient holiday and putting a modern spin on it or recognizing the need for a new commemoration to canonize an important event like the Shoah, they will be empowered to innovate and lead rituals and Jewish holiday celebrations in the greater community.

Finally, time to bond as a group in their common living and eating spaces, traveling together to different areas in Israel and the US, and sharing their lives for a year with each other will deepen the ties of Jewish PEOPLEHOOD, creating a shared language, culture and empathy for each other.

Many wonderful gap year programs exist today. Nearly all of the Jewish ones are in Israel, and at least some have a travel component.  There are also a few that bring together Americans and Israelis. And at least one exists in the US and focuses on social action. However, while none of them bring together all four of our ingredients – yet – all of them are vital to helping change the ethos in the American Jewish mindset that the apex of a young person’s Jewish journey must extend beyond the B’nai Mitzvah.

More and more Jews today are looking for a space for Jewish ritual that has relevance for those who are neither observant, nor members of a religious community. The LEAP Year creates such a space, and it does so at a crucial time: just as young Jews are leaving their parents’ homes for the first time, but are still a long way from settling down, choosing a profession and starting a family.  A meaningful Jewish experience at this age will have a significant impact on the choices a young Jew will make in the future.

We believe a new vision is needed for the Jewish future – one that creates a new model for living a meaningful Jewish life in the 21st century, and one that creates a new paradigm for relations between Israel and World Jewry.  And we believe it involves taking a leap over the chasm of the old ways to the new.  Just as Nachshon took a leap into the Red Sea to be the catalyst for its parting for the Israelites, so too must we take a leap.  Just as communication in the most remote parts of the globe didn’t evolve but took a leap over landlines and went straight to cellular phones, so too must we take a leap.  Just as we are blessed with additional time to live a bit more life every four years with the leap year, so too must we take a leap – to add something more to Jewish life today.

Care to take the LEAP with us?