Parashat Beha’alotcha is the third parasha in the Book of Numbers, continuing the journey of the People of Israel through the desert and covering a variety of topics and events.

The parasha opens with God’s commandment regarding the lighting of the menorah (the lampstand or candelabra) in the mishkan (the tabernacle – the People of Israel’s mobile temple in the desert): 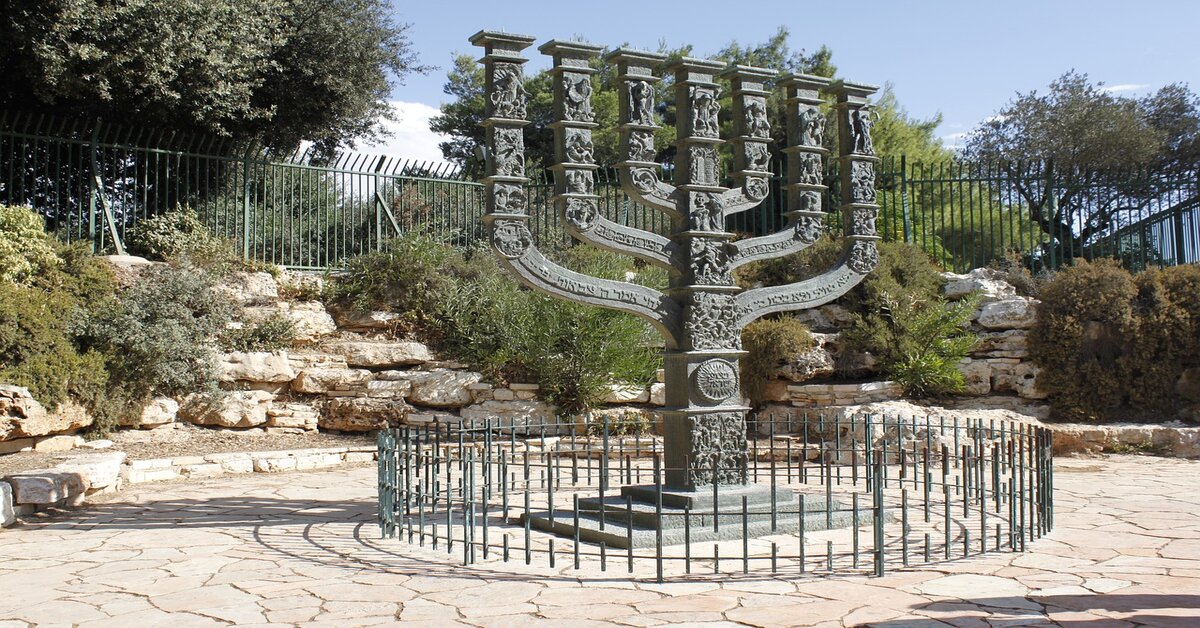 Rashi comments on the phrase “when you raise up” (beha’alotcha – בהעלותך) as follows: “Because the flame rises upwards, it is written ‘raise up’ with regard to the kindling [of the lights], implying that one must kindle them until the flame rises up by itself [Shabbat 21a]. — Our Rabbis also derived from here that there was an upward step in front of the lampstand upon which the priest stood while preparing the lights [Sifre Bamidbar 59].”

Here Rashi explains why the Torah talks specifically about “raising up” the lights, and not simply “kindling” or “lighting” the lights of the menorah. He understands that this requires greater care and attentiveness in the process, for the priest must wait after the kindling of each lamp until he can ensure that its flame continues to rise on its own. Furthermore, the priest is required to ascend a step in order to reach the menorah and prepare the lights. The physical ascent of the priest builds up toward the ascent of the flame from each lamp. This menorah, which was painstakingly built down to every detail, finally realizes its purpose only when the flames rise to take on a life of their own. “The dreams of yesterday are trembling flames that even all of darkness cannot extinguish,” as Israeli poet Rachel Shapira once wrote. Perhaps the trembling flames described by Rachel Shapira are meant to remind us of the menorah, a symbol of strength and resilience.

So who is responsible for raising up light in the world? The Midrash shares the following story:

“Speak to Aaron and say to him, ‘When you raise up the lamps…’” [Numbers 8:2] – This text is related to “For You light up my lamp” [Psalms 18:29]. Israel said to the Holy One, “Master of the world, are You saying that we should give light before You? But You are the light of the world and the light dwells with You!”  The Holy One said to them, “It is not because I need your light… It was in order to raise you up that I told you to give light to Me, just as I had given light to you on your journey [from Egypt].” (Midrash Tanchuma, Beha’alotcha 4)

In this story, the Children of Israel are surprised by the commandment from God to kindle light in the tabernacle. After all, in Psalms (18:29) it is written “It is You who light up my light; the LORD, my God, who lights up my darkness.” In Psalms, the responsibility of lighting is God’s, whilst in Beha’alotcha it is the people’s. So here the Midrash brings yet another meaning to the concept of “raising up” light. Here “raising up” light is part of a partnership and shared responsibility between humanity and God. Just as God lit a path for the People of Israel as he brought them up out of Egypt, so too must they raise up light. Within this context, we can understand the dynamic of divine light and human light as a reflection of the concept of “the Divine Image” (tzelem elohim) that exists within all of humanity. We have a responsibility to work together with the Divine in perpetuating light in the world.

The recent violence here in Israel has cast a certain darkness over the air, and has called us and our leaders to raise up light in the face of the darkness. There have been many wonderful examples of efforts to spread light – initiatives to bring together Arabs and Jews, families in the north hosting families from the south, donations to those in need, and more. Soon (hopefully) further COVID-related restrictions will be removed, and we will continue to light a path toward a sense of normal life. I hope that we will be able to hold on to the sparks of light that have emerged in this challenging period, and that they will stay with us even when the pandemic is finally behind us.

And finally – I would like to dedicate this week’s Torah portion to Anastasia Gorbenko, the seventeen year old Israeli swimmer who won a shining gold medal at the European swimming championship this week, who broke a personal record and an Israeli record, and most of all, who reminded us that powerful light emerges after hard work and internal faith, regardless of religion, race or gender – and that the sky’s the limit.

Yael Hirsch Biderman is the Director of HR at BINA