We are all (no longer) slaves | Parashat Beshalach

This week’s Torah portion takes place right after the Israelite’s dramatic exodus from Egypt, the wealthy and powerful civilization that ruled at the time. Although the Israelites were enslaved, the Egyptian authorities provided for their basic needs of food, water and stability. In one frantic night, the Israelites’ centuries-old reality was put to an end and their stable environment was replaced by the wild, desolate and uncertain desert. In an instant, the Israelites’ sense of euphoria following their exodus turned into horror. Their sense of uncertainty and slave mentality led to an almost-desperate yearning for leadership to guide the way and relieve their fears. As if that wasn’t enough, our Parasha presents the Israelites with some more crises: from the Egyptian army encroaching upon the Israelites trapped between the sea and the desert, to the lack of water and food that the nation depended upon for survival.

Facing this challenging reality are two brothers, Moses and Aaron, charged not only with leading the Israelites through these crises, but transforming their entire self-perception. The brothers are no longer mere intermediaries, who convey the word of God to the people, but rather they must assume a position of leadership and provide their flock with solutions for their present reality. The high rhetoric of ‘Let my people go!’ must now be replaced with earthly, immediate solutions to the distress facing them right now.

As Pharaoh drew near, the Israelites caught sight of the Egyptians advancing upon them. Greatly frightened, the Israelites cried out to the LORD. And they said to Moses, “Was it for want of graves in Egypt that you brought us to die in the wilderness? What have you done to us, taking us out of Egypt? Is this not the very thing we told you in Egypt, saying, ‘Let us be, and we will serve the Egyptians, for it is better for us to serve the Egyptians than to die in the wilderness’? Exodus 14:12-13 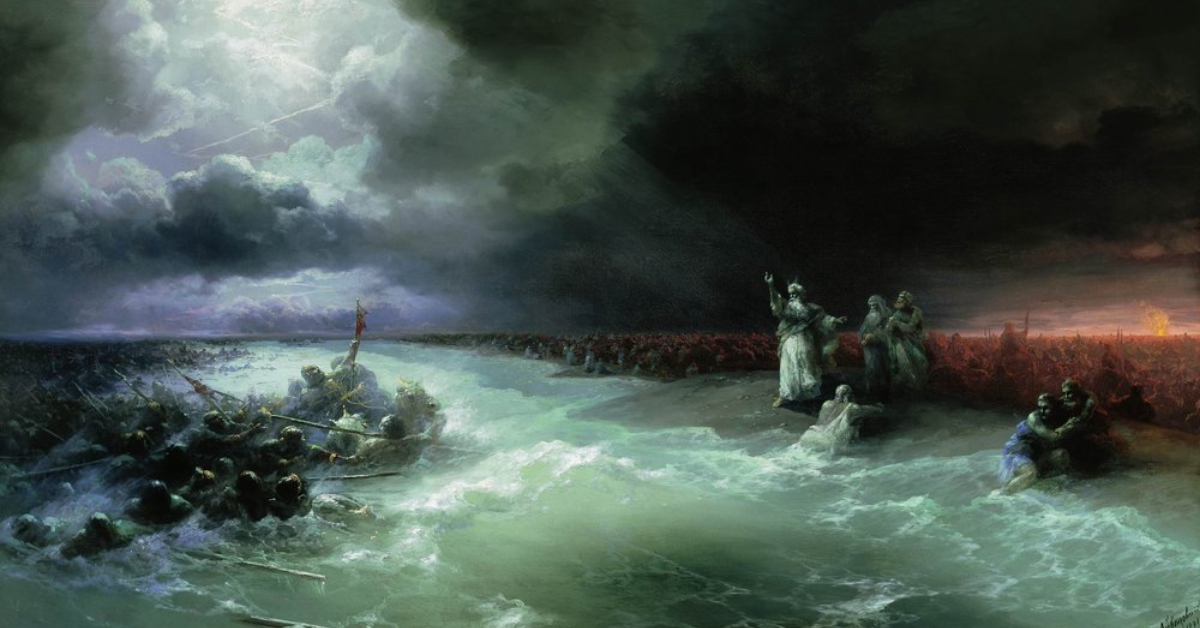 With the Egyptians bearing down on them, and with his people pleading hysterically, Moses appeals to heavenly mercy – he needs an external force to save him. “The LORD will battle for you; you hold your peace!” As the story proceeds, the sea is split, the Israelites are saved, the Egyptians drown and the scene closes with the Israelites singing and dancing, celebrating an emotional and spiritual release of gratitude and joy. This euphoria does not last long, however, and very soon the complaints and doubts about Moses and Aaron’s leadership resurface. The Israelites beg for food and water and, again, ask to return to familiar suffering in Egypt rather than face the uncertainty ahead.

Moses, at this point, undergoes a significant change in his leadership style. He understands that he can no longer rely completely on an all powerful external force – he must take initiative and seize leadership for himself. And so, at the conclusion of the Parasha when the Israelites are attacked by the Amalekites, beyond his call for divine intervention, Moses springs into action for himself and for his people.

Moses said to Joshua, “Pick some men for us, and go out and do battle with Amalek. Tomorrow I will station myself on the top of the hill, with the rod of God in my hand”…and Joshua overwhelmed the people of Amalek with the sword.

These verses demonstrate a fundamental shift, from the passivity of the Israelites who waited for divine intervention to enable them to cross the Red Sea, to proactive steps following their leaders. The Israelite nation takes concrete action to eliminate their external threats. Indeed, while they take part in acts of faith as well, these religious acts do not take place in a void; they are part of a wider process in which the slaves of previous chapters take their fate into their own hands.

Today, as we gear up for elections in Israel (again) and the United States, and with political turmoil facing countries across the globe, we must recall the lessons of the Israelites. Movements based only on high and flowery rhetoric cannot meet contemporary challenges. On the contrary, this leadership style creates passivity that fails to meet new challenges and it creates an illusion of euphoria and awe that may evoke poetry but fails to unite the masses over time. Our Parasha teaches that we must replace elevated words with action; the yearning for magical solutions must give way to a process that allows both leaders and the people to undergo a change in consciousness from the state of an outsider and slave to the state of free people who take their destiny into their own hands and embark in struggle from generation to generation to create change.

Avraham Eisen is the Director of the Education Department at BINA.