To Exploit and Be Exploited. To Apologize. To Survive | Parashat Bo

"Tell the people to borrow, each man from his neighbor and each woman from hers, objects of silver and gold" (Exodus 11:2).

"The Israelites had done Moses’ bidding and borrowed from the Egyptians objects of silver and gold, and clothing. And the LORD had disposed the Egyptians favorably toward the people, and they let them have their request; thus they stripped the Egyptians" (Exodus 12:35-36).

Moments after the plague of the firstborn, the harshest and most painful of the plagues that were visited upon the Egyptians, the game-changing plague that finally convinced Pharaoh to free the Israelites, this week's portion takes a moment to tell us about an interaction that seems to indicate normal and decent neighborly relations: the Israelites ask to borrow some items from their Egyptian neighbors. Only this time, instead of asking to borrow a drill or a ladder, they borrow expensive items and fancy clothes. When we borrow something from a friend or a neighbor, the assumption is that we will give it back. But not in this case – the Israelites know that they are about to leave Egypt, with no intention to return, not even to return the valuable items that they borrowed. It seems, then, that this is less a case of borrowing, and more a case of theft, of exploiting the situation, as written in the verse "thus they stripped the Egyptians."

To Exploit and Be Exploited

First, the women – "each woman from her neighbor." The Israelite women approach their Egyptian neighbors and borrow objects of silver and gold.  Here is an interpretation of Hemdat Yamim, an 18th century work originating in the Jewish community of Izmir, Turkey, of this incident: "Why was this commandment made for the women? Because Pharaoh decreed "Every male son shall be cast into the river," the women would offer their jewelry as bribes to the Egyptians so that they would not turn them in [for not casting all of the males into the river] . . . and the Holy One, blessed be He, commanded thus . . . in order to return to the Israelite women what they had given them, and this is not theft but rather returning an item to its owner." In other words, for years the Israelite women had bribed their neighbors to turn a blind eye from their saving their sons. Now, when the Egyptians no longer could do anything to harm the Israelite women, could not turn them in to the authorities, the Israelites could demand to have their property restored to them.

We can add another level of interpretation, this time from modern Italian biblical scholar Umberto Cassuto: "The Hebrew slaves already served their masters for as many years as determined by Divine Providence, and so . . . with their liberation they deserve a reward. Such is required by the law, meaning: such is required by absolute justice, and even though there is no court of justice in the world that can force Pharaoh and his servants to fulfill their obligation, the heavenly court ensures that the demands of law and justice be fulfilled, and brings about events in that fashion." In other words, in this view, we are not speaking of the restoration of property as in the interpretation of the women's case, but rather the payment of damages that rightfully should be paid to those who suffered years of exploitation and enslavement.

Let's return to the phrase "thus they stripped the Egyptians," in Hebrew "וינצלו את-המצרים". The phrase "stripped," in Hebrew "ניצלו" is translated in modern Hebrew as "utilized" or "exploited." The above interpretations of the biblical text do not relate to the Hebrew word "nitzul" in the modern understanding of "exploitation." The speak of "nitzul" under the biblical definition – to use up the Egyptians, to empty them of all they have.

The root of the word, "נצל" takes many other forms. The Egyptians, for their part, "התנצלו" – "hitnatzlu" – were emptied out of their items. But maybe it is better to view the emptying of the Egyptians also through a more modern understanding of the word – התנצלו is to be used up, but in modern Hebrew is more commonly used to mean to apologize. The Egyptians are relieved of their items, but are also undertaking an act of contrition, of apologizing in a manner familiar to us today: "For all of the transgressions we committed against you throughout the years, we apologize by paying you damages." 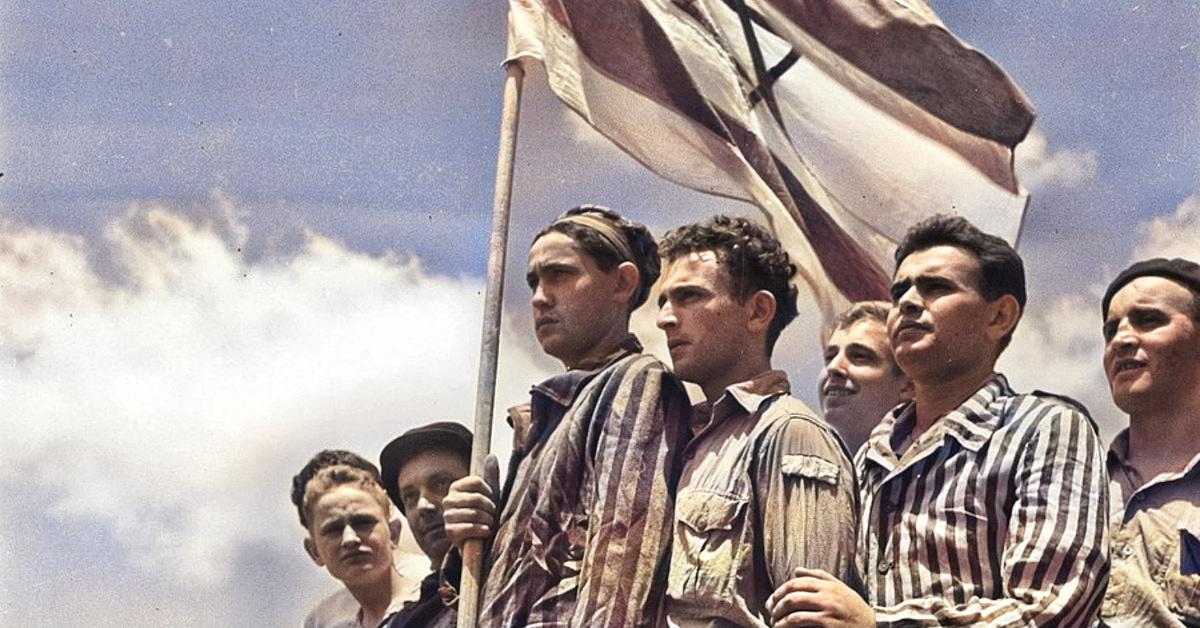 To Be Saved and to Survive

Into our Hebrew lesson on the root "נצל", on exploiting and apologizing, I would like to add a few more words from a similar root and with similar pronunciation – להינצל, ניצולים, ניצולות – to be saved, or one who has been saved. In biblical and modern Hebrew, their meanings are identical – the Israelites were saved from Egyptian slavery, or saved themselves from danger. The Egyptians were punished for their deeds and the Israelites were compensated for their many years of suffering. The end of the story influences how we remember the events. When we tell this story, we barely focus on the protracted suffering of the Israelites, but instead speak more of the Exodus, the plagues visited on the Egyptians (punishment and vengeance), and of the nation that rose from the wreckage of years of slavery.

But in modern Hebrew, ניצול – "nitzol" – commonly refers to one who was saved from (or survived) the Holocaust. This past week, those "nitzolim" were featured in headlines about International Holocaust Remembrance Day. We tell the story of the Holocaust totally differently than how we deal with the story of the Exodus.  When we speak of the Holocaust, we tend to focus on the suffering, the great disaster and what was lost. Clearly, the historical proximity and personal relationship we have with the events of the Holocaust, and with the many personal witness accounts (which are notably lacking in the story of Egyptian slavery) influence how we remember the event. But there is also value in remembering how the Holocaust ended in order to understand how we remember the Holocaust as a whole. The Israelites are liberated from Egypt, strike back at their taskmasters, and demand the property that belongs to them and compensation for their suffering – and they get them, with an apology to boot. Unlike that ending, the end of the Second World War did not bring about similar events. The survivors survived ("nitzlu"), but did not exploit ("nitzlu") their taskmasters in the biblical fashion, did not empty their neighbors of their items, and received no apologies.

How a dramatic and painful event ends has a powerful influence on how we remember it, and what story we tell ourselves. Did we bring about the end of the event ourselves? Did we come out of it stronger? Did we cope with what happened, and with those who hurt us? We came out of Egypt as a nation. We were saved ("nitzalnu") and we made use ("nitzalnu") of the items held by the Egyptians, who were emptied out ("hitnatzlu") and apologized ("hitnatzlu"). The Exodus from Egypt is a powerful story that shaped us as a nation. The Holocaust did not end in such a way. And if that is the case, how are we telling the story of the Holocaust, and how does that shape us as a people? And what story will be told by the generations to come?

First published on The "Srugim" website "For the secular there is no sovereign. The contradictions in his life have no […]

Why Teach English in Israel?

Why Teach English in Israel? Looking to do something meaningful AND strengthen your career? There are many reasons to teach […]

A Conversation with Dr. Ariel Levinson