The Israelites arrived in a body at the wilderness of Zin on the first new moon, and the people stayed at Kadesh. Miriam died there and was buried there.” (Numbers 20:1)

Dear friends, those who love Miriam and cherish her memory – once again, we reach the parasha marking Miriam’s death. We gather here to remember Miriam’s life and to mourn her death in “Kadesh”, somewhere near the streets of Petra. I would like to share the following words:

Miriam, you were a courageous and resourceful girl. You knew that you had to watch over your younger brother. You were there when his basket floated down the Nile river and when you saw the pharaoh's daughter, the same pharaoh who had given the order to kill your baby brother, you were not afraid, you didn't run away. You knew that you had to find a solution and you bravely, approached the princess and manipulated the situation so that your mother could always be by Moses’s side as he grew up.

As you grew older, what unfortunately happens with many bright girls – even today – where they decide to quiet themselves and conceal their intelligence for societal approval and acceptance, did not happen with you. No, you continued to speak up, take action, to see and be seen. After crossing the red sea you took your drum, gathered the women and broke out in song and dance. And these were not dances concealed behind the curtain of the womens’ section. No, these were dances of protest  that said we are here too. There is good reason why the Torah says “And Miriam chanted for them” (Exodus 15:21) – with ‘them’ in the masculine form. ‘Them’ as in the men who had finished their singing and decided that it was time to continue moving forward. The men did their thing and now it's time to go. No – you showed us that it's not over until the women have their turn to rise up in song and praise. The women, too, experienced the miracle of exodus.

And of course, you did so much more than just this – you prophesied and were our leader. This is why we call you “Miriam the prophetess.” And yet we do not read or hear of any of your prophetic acts in the Tanakch. Records of your prophecies have been erased by those who did not want to hear about a woman prophet when this was supposed to be her younger brother’s show. 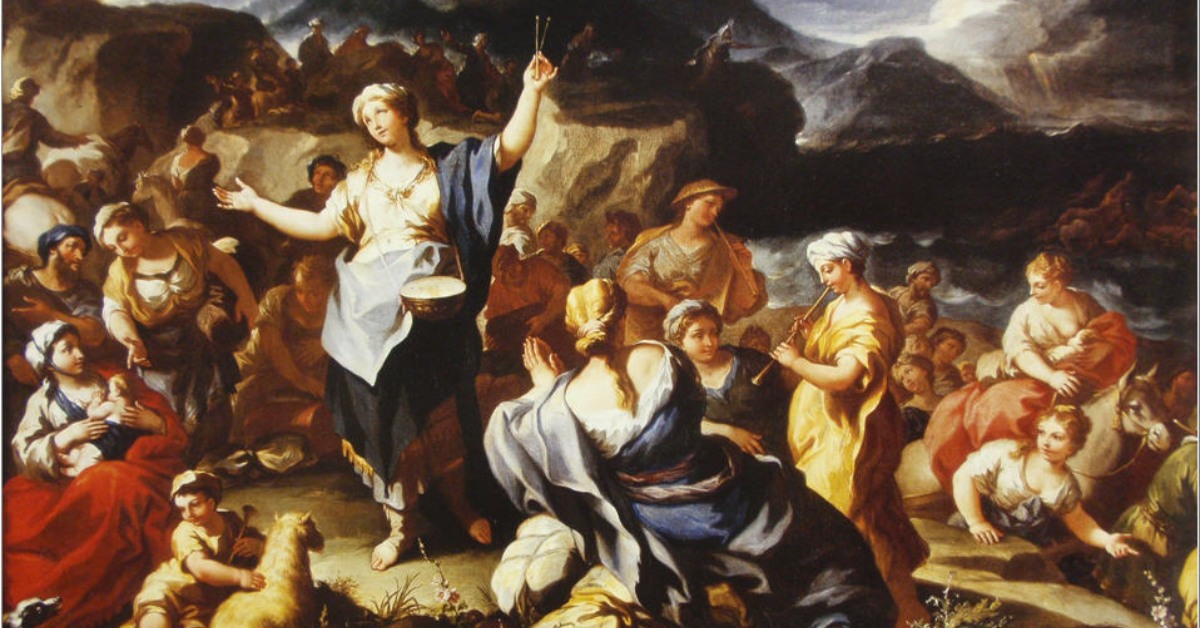 One part of your story that was not erased is the story of you as a gossip (why not hold on to the story about a gossiping woman?). And you know what, Miriam, between us who isn’t guilty of a little gossip about their sister-in-law? I once heard a tale about a group of brothers who gossiped about their brother, decided to kill him and eventually sold him as a slave to a group of men that were passing through the area. And for all of that they didn't get leprosy, tuberculosis, or even a 24-hour virus. Nothing! And you? Boom! Leprosy. Maybe they tried to silence you too much?

Of course they did. Because not only did you speak with Aaron about your sister-in-law, you also spoke with him about the fact that both of you could prophesize too. Moses was not the only one with this gift: “Has the LORD spoken only through Moses? Has He not spoken through us as well?” (12:2). Both you and Aaron said the same things but who was punished? Whose salary was not raised? Who was not promoted despite equal talent? The woman. Miriam.

But you know what, Miriam – we didn’t come here to get angry. We came here to remember you and to recognize how great you were for the Israelites. After all, with your death ‘Miriam’s well’, the well of living water that accompanied the Israelites everywhere they went on their journey through the hot desert, also disappeared. You were the “living water” that sustained the Israelites in the desert.

Your greatness, Miriam, from your days as a girl in Egypt through the parting of the Red sea and deep into the desert, will not be forgotten. Many have tried to erase your legacy but have not succeeded. The prophet Micah, the same prophet who brought us “Nation shall not lift up sword against nation, neither shall they learn war any more”  gave us another revelation, too “In fact, I brought you up from the land of Egypt, I redeemed you from the house of bondage, And I sent before you Moses, Aaron, and Miriam” (Micah 6:4). Did you hear that? Moses, Aaron and Miriam! You were a part of the leadership. You, and not just your siblings, the forefathers of those who wrote, edited, deleted and revised the Torah.

We will remember you, Miriam. We will continue to name our daughters after you and we will make sure to always ask: who wrote, who edited, and who deleted. We will educate our daughters to remain bright and brave through adolescence and beyond. We will stand up for our right to make our voices heard, anywhere and anytime, and we will raise a glass of water in your memory at the passover seder each year.

May your memory be a blessing, Miriam.