So what do you want to do?

This is why it’s so refreshing to read this verse in our parasha: “They said: ‘let us call the girl herself and ask her” (Genesis 24:57). The girl in question is one of our matriarchs, without a doubt the most assertive one: Rivka. The story is well known: One of Abraham's servants, who from the midrash we know to be Eliezer, is sent by Abraham to find a bride for his son Yitzhak. Eliezer wanders around with his camels until he arrives at a well where he meets Rivka. He asks Rivka for some water and she in return gives him and his camels water from the well. After this brief encounter, and once Eliezer discovers Rivka’s family heritage, they go to her home where Eliezer proposes the marriage. The family accepts but asks to wait, as Rivka is still young (Rashi claims she was 3 years old. I doubt a 3 year old could draw water like that, but nevermind). And then – they call the girl herself and ask her. The girl says: “I’m going”. That’s Rivka.

Rabbi Adin Steinsaltz explains in his book Women of the Book that Rivka’s most outstanding quality is her complete confidence in everything she does. “There are people who do everything hesitantly, with uncertainty, feeling: ‘maybe I shouldn’t do things this way’, ‘maybe I shouldn’t go this far’, ‘perhaps I should be more moderate’. Rivka on the other hand, does everything with the same feeling of completion, of certainty: She gives everything she can give and walks in every direction she deems worthy. This stands out the most about Rivka. She is good looking and generous, but that does not define her character. The most defining factor is the decisiveness, almost addiction, to doing things the way she thinks is right”. 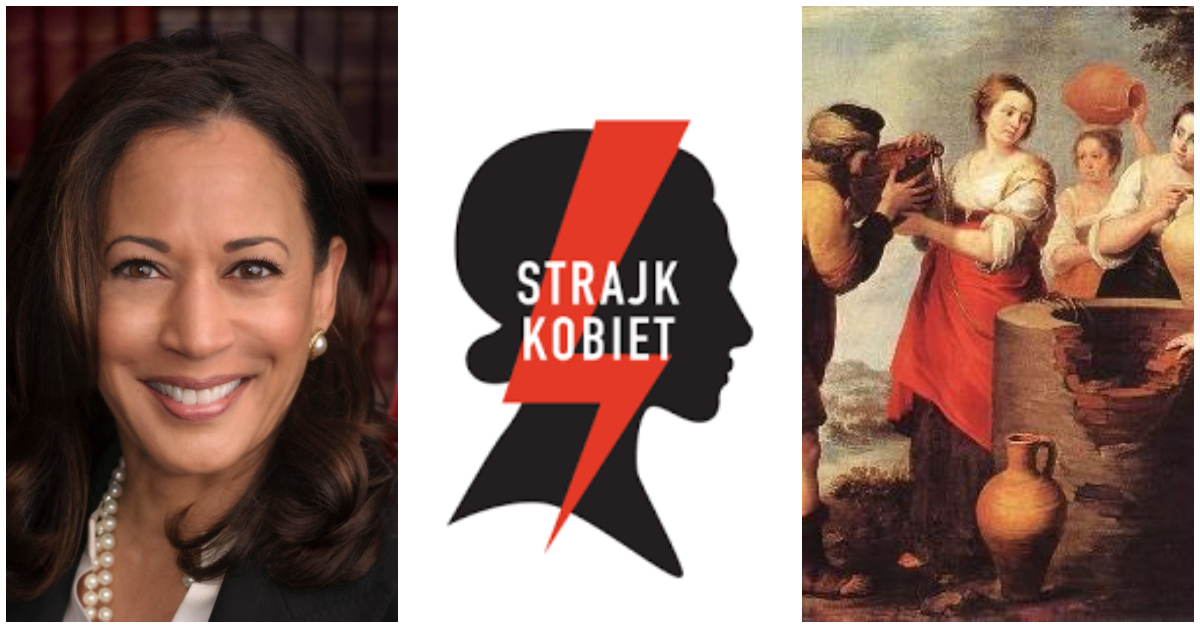 Our assertive matriarch, Rivka, decides her own fate. She is certainly more assertive than her mother-in-law and the daughters-in-law that will follow her. Of course, because of that assertiveness some will call her future choices – in blessing both her sons Jacob and Esau – as manipulative. I call it being full of initiative, taking control of her fate.

Rivka was the first woman to speak up, to speak her mind. She will be followed by many generations of women who will do as she did. From the well to the streets. From Haran to the White House. Over the past month, millions of Polish women have taken to the streets to protest the new draconian law by the ultra right-wing Polish government that says that the right to abortion is to be given only in extremely rare cases – as in cases of rape or incest. The women (along with many men beside them) are protesting in a manner not seen in Poland for almost 30 years. They are fighting for their future and their bodies and sweeping the nation along with them.

This week in America, we witnessed the first female vice president-elect. Senator Kamala Harris, born to a mother from India and a father from Jamaica, broke another glass ceiling by also being the first person of color to hold the office of VP. In one of her speeches Harris said:  “My mother used to say – we must rise up, keep standing and never stop fighting”. In her victory speech this week, she said: “I’m thinking about her and about the generations of women — Black Women. Asian, White, Latina, and Native American women throughout our nation’s history who have paved the way for this moment tonight…Women who fought and sacrificed so much for equality, liberty, and justice for all. Tonight, I reflect on their struggle, their determination and the strength of their vision — to see what can be unburdened by what has been — I stand on their shoulders.”