“The LORD said to Abram, “Go forth from your native land and from your father’s house to the land that I will show you.” (Genesis 12:1)

Asking someone to leave home is no small request. Posing the request as a command is even more dramatic. Especially when it is clear how significant and impactful the act of leaving is – leave behind your homeland, your father’s house, go to a place that you don’t know and haven’t chosen, it’s crazy.

Because we all grew up with the story of Abraham and God, we tend to think that they were already close and friendly when this conversation took place, but the truth is surprisingly different – this is the first time God spoke to Abraham. No “how are you?”, no “did it hurt when you fell down from heaven?” no basic pick-up line before God starts making demands of Abraham.

The lack of any prior acquaintance between Abraham and God isn’t the only missing piece of the puzzle. We also don’t really know that much about this Abraham guy, who is set to begin the monothaistic revolution. We only have a few verses about Abraham’s father, Terah, taking his tribe from Ur Kasdim (modern day Iraq) to Canaan, stopping in Haran for an undefined period of time, where he dies. The orphaned Abraham, leading his tribe, stands in Haran and ponders what to do next when God says these immortal words to him – “Go forth”.

This gap between the lack of acquaintance and the weight of the request also bothered mefarshim –  interpreters –  through the ages and they worked hard to find explanations using fascinating Midrashim about Abraham. 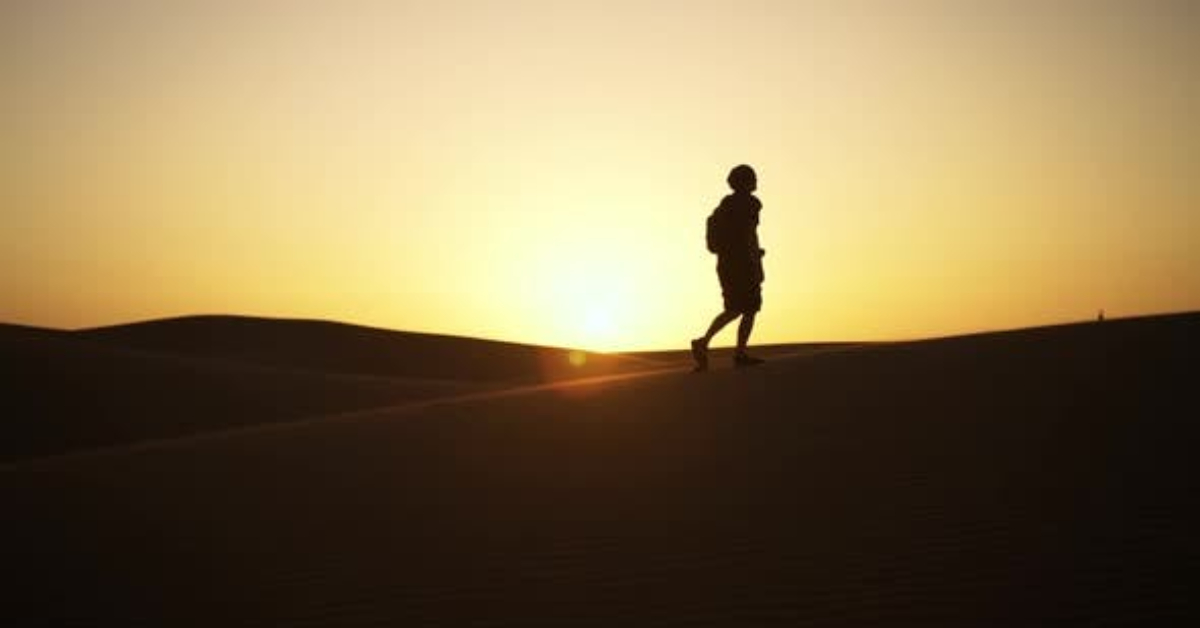 Rabbi Yitzchak’s parable tells of a traveler who sees a city on fire. The traveler throws out the classic question “hey, who’s in charge?” and the mayor appears before him. In the same way, Abraham walks the earth wondering who’s in charge of everything he sees, when God appears, and so begins the famous interaction between them.

Mordechai Yosef Leiner, the founder of the Izhbitza-Radzin hassidic dynasty, read Rabbi Yitzchak’s midrash and added his own interpretation: he told a story of Abraham wandering the world in the days following  the Tower of Babel and all he sees around him is chaos. Abraham feels that it’s impossible that no one is overseeing this mess. God points out to Abraham that he is the only one bothered by the chaos and that is what makes him unique. That is to say, Abraham doesn’t carry some exceptional genetics or have an outstanding family tree. What sets him apart according to the midrash is the fact that the situation the world was in bothered him and so he was chosen by God to lead the revolution. The command to go forth does not come out of nowhere but is an answer to Abraham’s inner fire stoked by his concern with the direction the world is going.

The troubling times we live in, make it easy for us to relate to Abraham’s feeling of a world lacking direction with no responsible grown-up in charge. The lack of trust in leadership felt by so many Israelis causes hundreds of thousands to take to the streets every week, yelling “go forth”, at crossroads, on bridges and social media. Like Abraham, they are searching for someone to take charge of this flaming city. For many, the current government and its leader are the problem, not the solution, and they will not be following this leadership team to Canaan or anywhere else. The clash between those who oppose the current leadership and those who support it amplifies the rifts in our society. The intensity of emotion, and the feeling of violence and persecution on our streets are perhaps at their strongest since those dark times 25 years ago, in the weeks leading up  to the assaisination of  Prime Minister, Yitzhak Rabin z”l, in one of Israel’s biggest moments of crisis.

The message of the Midrash is more relevant than ever before – something bothered Abraham about the world and society, which led him to try and make a change. The passion in him made him create a new world. The same is true today – if you are concerned, that we have lost our way – you have to rise up and take action. A protest is legitimate but it must be accompanied by a constructive proposal for change. Being satisfied with protests alone, without searching for an alternative, puts both Abraham and our expectations of what we, ourselves, can achieve to shame.