Brothers should be united | Parashat Toldot

In Parashat Toldot we meet the last patriarch on our list: Jacob. This parasha tells the familiar story of selling the birthright for stew and Jacob’s escape from his brother Esau. This parasha brings up so many complex feelings around sibling rivalry, parental love, honesty and deceit. But what can we learn from this tale about leadership?

The parasha begins with Rebekah’s barrenness, eventually followed by a challenging pregnancy. God promises Rebekah: “Two nations are in your womb, Two separate peoples shall issue from your body; One people shall be mightier than the other, And the older shall serve the younger ” (Genesis 25:23). The twins are famously born – Esau first, immediately followed by Jacob, holding on tight to his brother’s heel. The parents have their clear favorites: “Isaac favored Esau because he had a taste for game; but Rebekah favored Jacob.” (Genesis 25:28)

Then comes the dramatic part of the story: selling the birthright. Jacob takes advantage of Esau’s weakness and tempts him to sell his birthright. Esau comes back hungry from a long day working the fields and while Esau experiences a moment of weakness and desperate hunger for Jacob’s stew, Jacob asks Esau to sell him his birthright. The parsha describes Esau as practically starving “I am at the point of death” (Genesis 25:32) and he gives up his birthright in exchange for a bowl of soup. As a parent I see that all the time: My kids learn to ‘manage’ each other in different ways. If Tamar wants Carmel to do something for her she will bribe him (legally, of course) to get him to do whatever she wants. If she wants the toy he is playing with she might even promise him her bed. That’s what siblings do, they learn to handle one another. They also learn to fight, to get hurt and to make up. This is how they learn to cope with the outside world. Home is a safe space where they can have this experience because we are the parents – we watch over them, educate them, set boundaries, keeping them safe. We do not pick sides, we keep the peace.

And how does Esau’s father, the one who favors Esau deal with the pain his son experiences?

“Your brother came with guile and took away your blessing.” (Genesis 27:35)

That’s all you have to say? This is how you choose to act as the responsible adult?

Pitting one against the other? 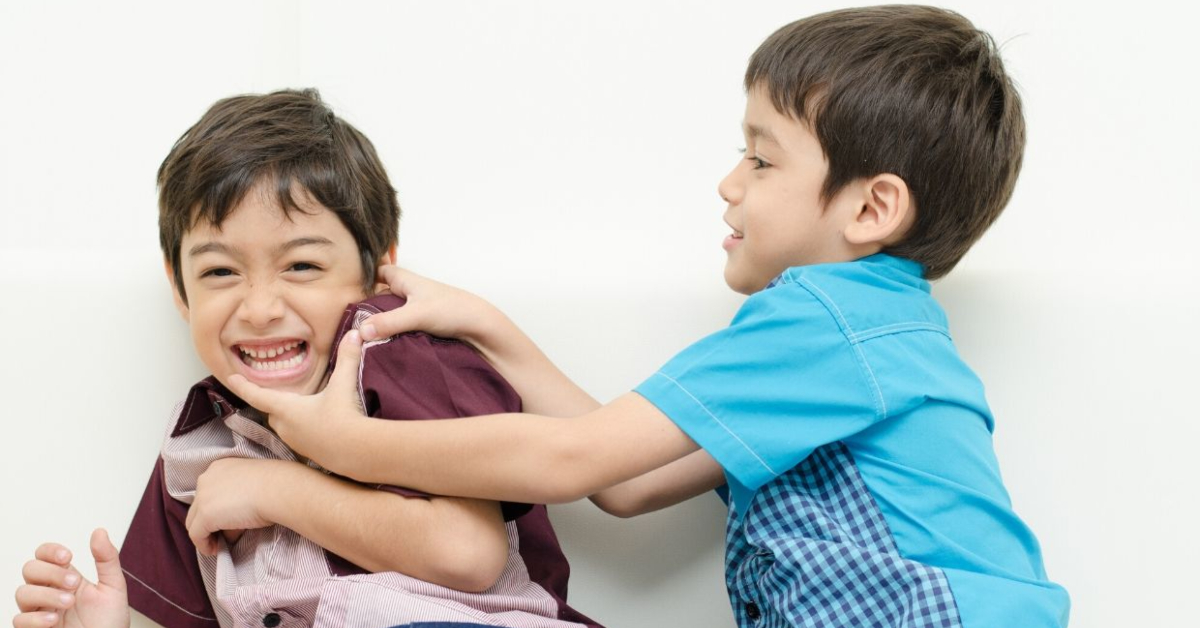 It Is very natural to have favorites. But the favoritism demonstrated here amounts to a choice between love and hate, good and bad. But what of taking the high road? What about loving and embracing both sides? Where is unconditional parental love? Instead of saying that there is enough love to go around, these parental figures pit their kids against each other.

Instead of taking parental responsibility, taking the lead in a time of crisis that you brought upon yourselves, Isaac and Rebekah made the divisive choice of picking sides. The covenant between parents and children is broken, as is the bond of brotherhood. A responsible adult should create order and peace and Isaac did not do that here. Instead he encouraged war between the two sides, between two brothers, between his two children. Instead of keeping his children safe and taking responsibility for his actions, Isaac puts the blame on Jacob.

My readings of the Bible often deals with the moral values handed to us as people of the book. There are stories that when examined closely, like in this parasha, are difficult to explain and rationalize , the answers to our questions seem elusive, especially questions about those who are considered our nation’s matriarchs and patriarchs. Parental favoritism and family dispute is not how I grew up, and is not what I want my people’s story to be. Deceit and lies are unacceptable. But in this story, especially when we see what happened to Jacob later on we can learn what should never be done: Brothers should not be separated. They should not be pitted against each other. Brothers should be united, despite their differences and personal interests. In order to unite a family you must lead it with integrity and honesty, even when it hurts.

These days, when protests are heating up across the country, when brothers fight brothers, when we are on the verge of war, we need responsible leadership to bring us together. A leadership that will take the high road and bring peace to us all.

Nofar Simpson in the head of BINA’s Haifa Secular Yeshiva