What do Super Tuesday and Shabbat Zachor have in common?

On the Shabbat before Purim, it is customary to add a reading to the weekly Parsha that is called, “Parshat Zachor.” The reason behind this tradition is hidden in a verse from the added parsha, “Remember what Amalek did to you.” This verse, now linked to Purim, is an echo that reminds us of how the Amalek lineage eventually begets the evil Haman.

The traditional interpretations of this verse (and certainly the interpreters who started emphasizing the link between this verse and this Shabbat!) were impacted by the condition of being in the Diaspora. Reading this verse in a diaspora context, indeed served to highlight the verse’s connection to the Jews being a minority, living under threats of danger, existing amid the nations and their whims.

The verse, “remember what Amalek did to you,” becomes a banner for a wandering nation, who can sense an Amalek nation lurking around every corner. It serves as a reminder to be afraid and cautious. The Jewish people and Jewish values as we know them today were primarily colored by this diasporic condition. And amid this, two worldviews were created. These perspectives were nestled on the same Jewish bookshelf, one next to the other: The first view uses this very verse about Amalek to construct a vantage on the “other” as ones who threaten to annihilate the Jews. So we must be cautious, strong, and sometimes even ourselves cruel toward our enemies. The second view uses a different verse to construct an ideology toward the other. “Love the stranger, for you were strangers in the land of Egypt,” says Deuteronomy. From this verse we a foundation for many of our commandments, including care for the stranger, the worker, the widow. From here we even support a humanistic underpinning to keeping Shabbat.

It is from this second perspective on the “other,” that many contemporary Jews found a definite connection between our historical experience as a persecuted minority and our continued fight for minority rights and protection of those in need. In this line of thinking, we can mention great Jewish philosophers and their ideas: Samuel David Luzzato (Shada”l), who saw in Judaism the basis for transcendent ethics; Herman Cohen, who saw the role of Jews as being beacons for justice between the nations; Rabbi Abraham Joshua Heschel, who walked hand in hand with Reverend Martin Luther King Jr in Selma; Berl Katznelson, who knew that it would be impossible to establish a Jewish state that was not based on global values of ethics and justice.

It is in identifying these two discrete and opposing worldviews that we are able to deeply understand the ongoing division between Jews in Israel and Jews in America. This widening gap between the two communities is now unfolding in real time, currently represented by the figure of Senator Bernie Sanders, one of the two leading contenders for the Democratic nomination for the upcoming American presidential elections.

Sanders, who declares himself a proud Jew, and who lived for a certain time in Israel, declined the opportunity to give a speech at the AIPAC conference last week. As such, Sanders expressed his disgust with the State of Israel (and primarily, he who currently stands as the State’s leader.) Of course I would have been happy to see a Jewish senator who would stand by Israel under fire and flood. And of course I would not feel comfortable seeing criticism of Israel by the American media and leadership. 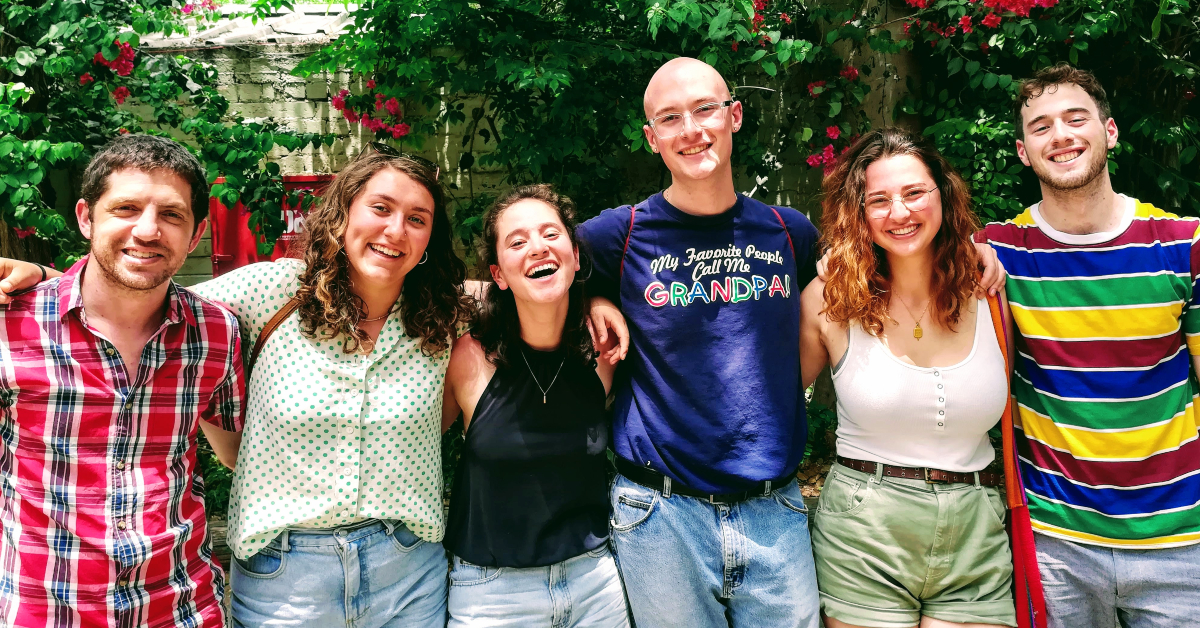 But I also cannot dismiss what Bernie Sanders represents. In the way that Sanders stands for the second perspective on Jews and others — the “we were strangers in Egypt,” philosophical line of thinking — Sanders is a symbol for many young American Jews. For many young American Jews, their Judaism is based on this verse in Deuteronomy. Being part of a national minority offers a direct continuation of the Jewish perspective that they see themselves as obligated to solidarity with other minority groups.

On the other hand, Israeli Jews increasingly see themselves as following the other philosophical line, always remembering Amalek. Israeli Jews feel obligated to be strong, and to fight every other that could prove a threat. In a great distinction from an American Jewish perspective, the Israeli Jews lives as a sovereign majority, and want to preserve their power against those who the State’s existence.

This growing division is also relevant to the fact that much American Jewish money has been spilled recently in the name of “Jewish peoplehood.” Many programs have attempted to connect the Jews of Israel to the Jews of the world. But it seems to me that the majority of these programs in fact ignore the extremely meaningful gap between the entire worldview of these two communities. As such, these programs fail to attract many diaspora Jews and have failed to capture the minds of many Israelis.

Those who are like me, who love the Jewish people, and demand a relationship between Israel and the rest of the world, must first and foremost understand that the great difference in the two worldviews of these communities. This understanding must form the basis of any program that is created to deal with “Jewish peoplehood” from now on.

We at BINA have already spent many years building programs that offer Israelis and global Jewry the opportunity to learn together. They learn about a Judaism that believes that learning and action are symbiotically linked, and the learning curriculum is programmatically tied to volunteering with populations who live on the periphery in Israel. Our work stems from a deep belief in the power of our educational work, even when we often feel alone in this mission.

I am happy that there has recently been a new initiative created with The Shalom Corps to bring Jews from the whole world together for meaningful volunteering. This is an important step in the right direction.