During the past week, I have been travelling throughout the United States for work. I have been taking part in a variety of events and meetings, which have presented me with a fascinating opportunity to hear from friends and colleagues about the dilemmas facing Israelis who have chosen to shift their lives, permanently or temporarily, to America.

As the son of parents who made Aliyah to Israel and established their lives there, the question of relocation has always followed  me. What makes a person feel that the place where she was born is not the place for her? Will the move be temporary? What are the legitimate circumstances that justify a move? Physical danger? Economic well-being? Or maybe simply a broader desire for self-fulfillment?

With these questions, we arrive at this week’s Torah portion, Parashat “Vayishlach,” which offers us Jacob, one of the forefathers of relocation. It is seemingly a classic refugee story – Jacob flees for his life from his brothers after stealing the blessing of the firstborn. But the reality of Jacob’s decision shows that after the initial flight, it was easy to find reasons for a longer stay in the land of Paddan-aram: falling in love with a local woman, marrying her sister, marrying his initial love-interest and, finally, working for another six years and  accumulating children, sheep, slaves, camels and donkeys.

Indeed, it seems that the departure from the land of Canaan in the time of our forefathers was a central strategy to accumulate wealth and improve quality of life – Abraham, Jacob and his sons all accumulated plenty of “frequent flyer miles” during their travels to Egypt and Paddan-aram. It was those relocation periods that gave them the economic opportunity to obtain their wealth abroad and return to Israel with assets.

Seventy-one years after the founding of the State of Israel, it seems that many Israeli natives have chosen to follow in the footsteps of our foremothers and forefathers, living their lives between Israel and the major economic centers around the world. Whether we view this as a positive or negative phenomenon, we are witnesses to the creation of an Israeli diaspora in addition to the Jewish diaspora that came before. Although these communities are similar in many respects, there are also important differences between them.

During my visit to the Jewish Community Center in the heart of Silicon Valley in Palo Alto, I met, on the one hand, the children of the American Jewish community, and on the other hand, the children of Israelis who immigrated to the world’s technology and innovation capital for various reasons, and who are grappling with the same questions that occupied Jacob – is his stay in Paddan-aram temporary or permanent? And should he decide to return to the land of Israel, then when is the appropriate moment? 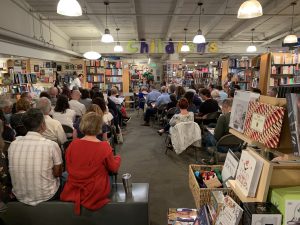 Perhaps establishing a family is what led Jacob to want his children to grow up in the environment that he grew up in himself. Maybe Jacob’s financial success brought him to a financial position that would allow him to return to Israel.  Or perhaps Paddan-aram never really felt like his home and he realized that he must return home.

Jewish tradition has dealt with the issue of permission and prohibition to leave the Land of Israel. Maimonides wrote:

“It is forbidden to leave Eretz Yisroel, ever, except for purposes of learning Torah or marrying or to save (his money) from the non-Jews. Then he must return to the Land. One may leave for commerce. However, one may not reside (permanently)33 outside of the Land unless there is famine so severe that wheat which once cost one Dinar now costs two Dinars” (M. Maimonides, Mishneh Torah, Kings and Wars 5:9).

Maimonides emphasizes the restrictions on temporary leaves from the Land of Israel and the prohibition on settling in foreign countries. It’s interesting to note that Maimonides, himself, did not reside in Israel and therefore his writing, like that of other Talmudic scholars and heads of Jewish diaspora communities throughout the ages, is subject to many internal contradictions.

The questions and dilemmas that occupy Jacob are common among today’s children of Israel who go out into the world to seek their big break, achieve their economic ambitions or find self-fulfillment. It seems that this is embedded in the DNA of our complex relationship with the Land of Israel – departure and return to Israel are part of the Jewish story from the time of our forefathers, through the Sages’ literature, reaching the entrepreneurs of Silicon Valley in the 21st century.

From my conversations in recent days, I understand how sensitive the situation is for Jewish communities around the world. A sense of connection to Israel among the younger generations is part of the broader issue of Jewish continuity and we must examine this when considering our shared goals. Within this complex picture, we must also pay attention to the Israeli community throughout the world and to the varied and unique questions that concern them.