The question of “who is a Jew” has found its way yet again to Israeli and global Jewish headlines – through discussions of Reform and Conservative conversions, a Reform rabbi in the Knesset, African Hebrew Israelites and others – just to name a few. Perhaps, in a way, the issue has never truly left the headlines.

The question of “who is a Jew” is not new. It has been asked in countless times and places, in one way or another, not only since the establishment of the modern State of Israel, but from the very beginning of Jewish memory. It has been asked especially at every turning point and time of challenge, and virtually every point in between. It is asked at Passover, as we celebrate our existence and freedom as a nation. It is present at Shavuot, as we commemorate revelation and our entry into covenant, especially today when so many of us do not believe literally in revelation or divine covenant. And it is present throughout the book we read on Shavuot, the Book of Ruth.

The protagonist and character for whom the book is named of course is Ruth. Ruth is a Moabite-born woman who marries into a Judean family residing in Moab during a time of famine in Judah. Following the death of her Judean husband, she follows her Judean mother-in-law, Naomi, back to Judea. As she follows Naomi, despite Naomi’s encouragement that Ruth return to her Moabite family, Ruth pronounces the powerful and poignant words:

“Do not urge me to leave you, to turn back and not follow you. For wherever you go, I will go; wherever you lodge, I will lodge; your people shall be my people, and your God my God. Where you die, I will die, and there I will be buried…” (Ruth 1:16-17) 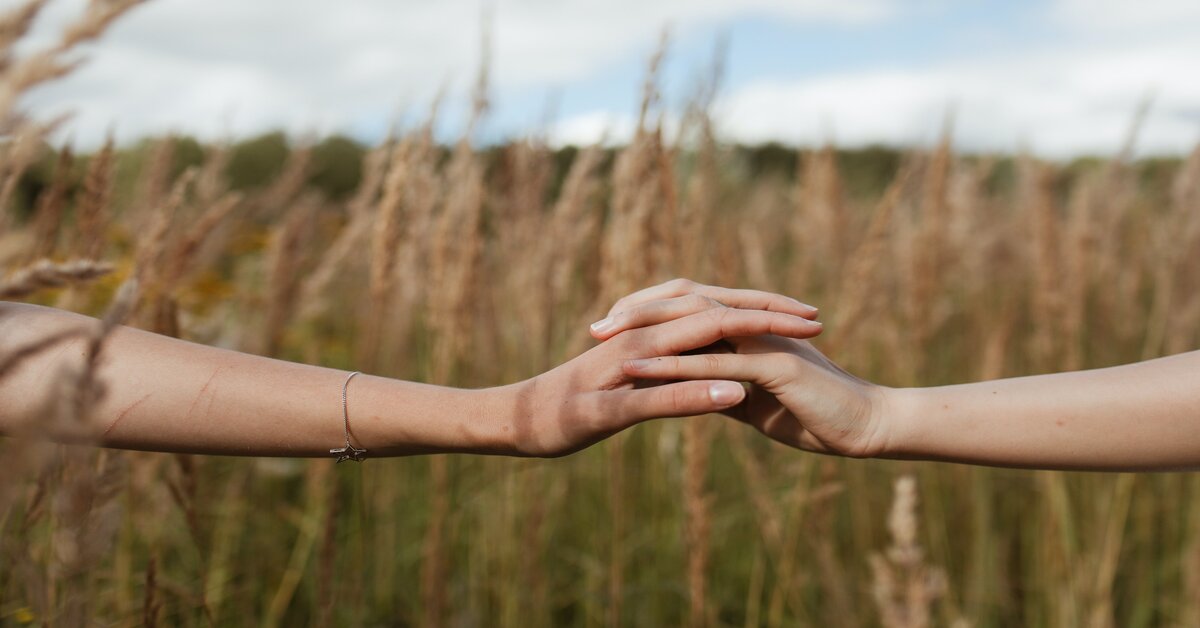 Centuries after the Book of Ruth, the rabbis interpreted Ruth to be the first convert to Judaism. Of course, this is one of the greatest (and perhaps most brilliant) examples of rabbinic anachronism. The Ruth of the Book of Ruth was not a “convert” in the rabbinic sense, because there was no “conversion” in the religious sense at the time of Ruth (whether one is talking about the time Ruth is set or was written), because “Judaism” as a religion in the rabbinic sense didn’t exist. There existed the People of Israel (or even more specifically, the People of Judah) who lived together in a certain geographic area, and held the shared identity of being part of one society/civilization with shared social norms, laws, practices, language, values, beliefs (albeit with regional differences), including certain norms and practices that we would today consider “religious”.

When Ruth became a part of the Israelite/Judean people it was a package deal. She agreed to become a part of their community, live where they live, die where they die, follow their laws, and adhere to their core values and beliefs (e.g. their God). In other words, she threw her lot in with theirs, with all the challenges and commitments that came with it. In the case of Ruth, as in the case of many migrants from one community to another, her primary catalyst was personal – her relationship and commitment to her mother-in-law, Naomi. But Ruth knew that if she were to truly follow and accompany Naomi all the way, she would have to become a part of Naomi’s people.

Ruth is a prime example of what the Torah calls a ger, usually translated as stranger or resident alien, though perhaps better translated as immigrant* – someone who was not born into the People of Israel, but came to reside permanently among Israel. The Torah makes very clear on numerous occasions that the ger is to have the same rights and responsibilities as the ezrach – the native-born Israelite – and is not to be harmed or discriminated against in any way.

After the destruction of the Second Temple, the rabbis transformed the meaning of the word ger from immigrant to convert. This was more than just a change in semantics. This represented a radical (and arguably necessary) shift in the manner in which a person could join the Jewish People, part of a broader seismic shift in what it meant to be to be Jewish post-Exile. We are no longer talking about Judean society centered in the land of Judah, but now a minority religious community, spread throughout the Diaspora. As People of Israel had transformed, the entry process into that people had to change too. Instead of immigration – a physical relocation accompanied by acceptance of rights and responsibilities as the member of a geographically-centralized community – entry now meant conversion – a spiritual process accompanied by the acceptance of the rights and responsibilities as the member of a religious minority community.

The rabbis had to develop the rules for this new process, asking and answering new questions of “who is a Jew” and how a person becomes one. Over time the rabbis built a process that combined multiple layers of deterrence, learning and acceptance of the mitzvot (commandments, as interpreted by the rabbinic authorities), and validation by a rabbinic court. The rabbis, in their wisdom, did not present this process of conversation as a new innovation, but rather spoke of it as if this had been the entryway into Judaism all along. And who did they look to as an example? Ruth, of course. Through creative interpretation of the Book of Ruth (see, for example, the midrash Ruth Rabbah), they spoke of Ruth as a convert to Judaism, who learned and accepted all of the mitzvot, with Naomi as her teacher. Of course, the Book of Ruth itself spoke of no such thing, but new times call for new measures, and planting themselves creatively in the Book of Ruth, the rabbis developed a new entry mechanism into the Jewish people, which served them, for better or for worse, for roughly two thousand years. At least until now…

The modern era brought about unprecedented challenges to previous conceptions of Jewish identity and community, the likes of which hadn’t been seen arguably since the destruction of the Second Temple. These challenges raised new questions of “who is a Jew” and what it means to be Jewish, along with a plethora of new answers, which have included, just to name a few: Reform Judaism, Conservative Judaism, Orthodoxy, Reconstructionism, Jewish Secularism, and of course, Zionism(s).

Outside of religious Zionism, most streams of Zionism sought not only to relocate Judaism to the Land of Israel, but to recreate and redefine Judaism for the modern era. They sought to redefine and re-transform Judaism from religion to nationality, which for most Zionists meant (re-)establishing a geographically centralized Jewish/Judean/Israelite society, and perhaps even a political state. There was much debate about what to call this new society – Jewish? Judean? Israelite? Hebrew? But there is one question that has unfortunately not been addressed at great length by Zionist thinkers and visionaries of the past or present: How might a person who wasn’t born Jewish become a part of it? What would a secular immigration and naturalization process look like in a secular Jewish state?

For the first several decades of the State of Israel this question was far from the top of the national agenda. Israel was absorbed with existential questions of physical survival and the absorption of millions of Jewish immigrants and non-Jews from abroad weren’t exactly knocking at Israel’s door. But the State of Israel is now 73 years old. Israel is home to approximately 9 million citizens – about 6.75 million Jews and 2.25 million non-Jews – in addition to roughly 100,000 non-Jewish non-citizen economic migrants and tens of thousands of non-Jewish non-citizen asylum seekers and refugees, and various others. The Law of Return – the law which grants the right of citizenship to Jews as well as children, grandchildren and spouses of Jews and the law at the center of recent court cases and discussions of “who is a Jew” – remains the primary mechanism of immigration to Israel. There are indeed other mechanisms of naturalization, as established in Israel’s Citizenship Law, though these mechanisms remain “at the discretion of the Minister of Interior” are implemented extremely sparingly, for example in the cases of certain non-Jewish spouses of Israeli citizens, exceptional humanitarian cases, and athletes.

Perhaps the time has come to reassess what it means to become a member of the People of Israel, in the State of Israel. If we truly see the People of Israel as a nation and not a religious community (and indeed, as most Israeli Jews see their own Jewish identity as cultural or national rather than religious) perhaps it is time to conceive of new mechanisms of joining this nation beyond religious conversion. Even to begin this process would require us to pose deep and challenging questions, far beyond the traditional questions of “who is a Jew”? For example: “Who is an Israeli?” What does it mean to be a modern/Jewish/Israeli state in the 21st century? What are the values, rights and responsibilities that define us and that we might require for entry into membership?

Just as the seismic changes of 2,000 years ago required the rabbis to ask difficult questions and seek new answers, the seismic shifts of today require us to dig deep and think creatively, together. And just as the story of Ruth served as a model for the rabbis, perhaps it can serve as a starting model for us – a model of citizenship not based on blood or on rabbinic authority, but on shared values, rights and responsibilities, on personal relationships, on Hesed and on love.

Elliot Vaisrub Glassenberg is an American-Canadian Jewish immigrant (oleh) (ger?!) to Israel, and an educator at the BINA: The Jewish Movement for Social Change.