It is easy to understand why Purim might be someone’s favorite Jewish holiday. There are costumes, noisemakers, jam-filled triangle cookies, and even a theological justification for drinking without inhibition! In a Jewish holiday calendar so often filled with solemnity and grief, Purim stands out a holiday unlike any other.

*
Nothing in the Jewish calendar exists in a vacuum. Each part of our system of time exists in relation to all else in the cycle. Famously, there are two “new years” that gird two poles of this cycle. Rosh Hashanah and Passover are the two magnets that keep our cycle spinning in balance. No holiday exists without its opposite. So which holiday in the Jewish yearly calendar mirrors Purim?
*
In fact, the answer is quite plain. We actually have a Jewish holiday called, “The Day that is like Purim.” Can you recognize it now? Yom Ha-Ki-Purim. Using a different intonation, it is easy to hear. Yom Kippur, sometimes called Yom HaKippurim, is the day that is like Purim.
*
How is this possible? How could Yom Kippur, the most solemn of holidays, a day when we fast from food and drink, be LIKE Purim? Purim is a day when we imbibe, not abstain! Purim is a day when we wear colorful costumes that affirm life, not white robes that signal our death. And perhaps the most profound difference between the two: Purim is a day when we celebrate our escape from annihilation, and Yom Kippur is a day that we acknowledge that our ends can come at any time. 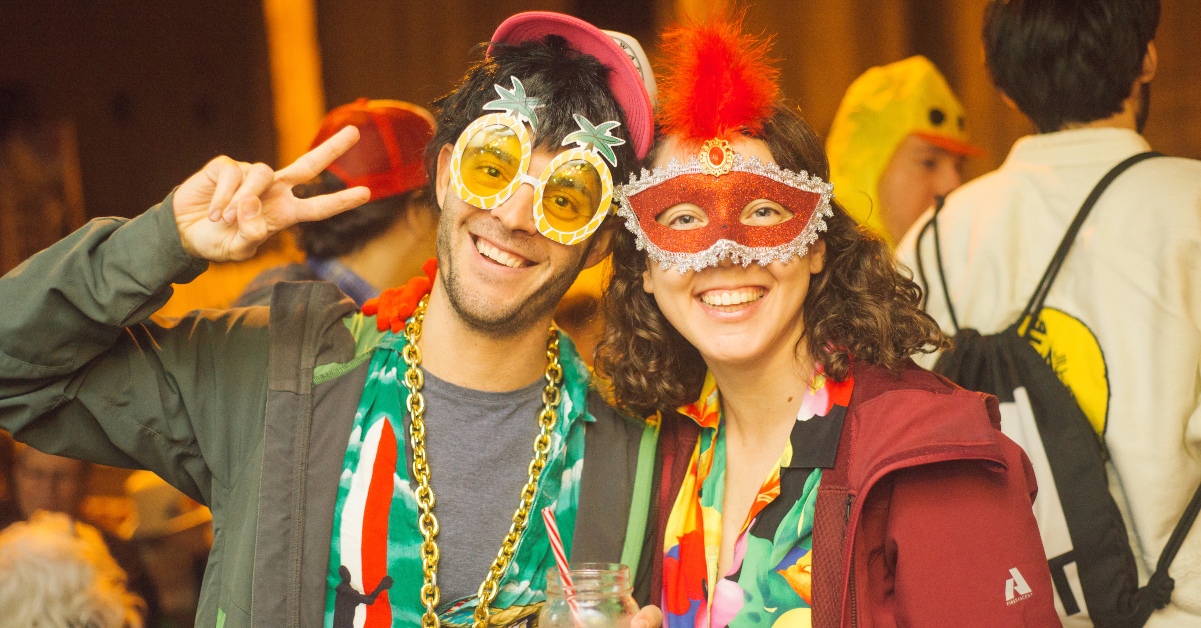 It couldn’t be that we refer to Yom Kippur as “the day that is like Purim” if we really mean “the day that is NOT like Purim.” There must be a connection between these two moments in a Jewish year. Lucky for us, it is a great Jewish tradition to extract meaning from that which seems in tension. Jewish thinkers have always found great interpretive possibility in comparing which seems incompatible. In fact, it is through the discovery of connections that new meaning is made.
*
One connection between Purim and Yom Kippur is in the word that both holidays contain in their monikers: Pur. Pur are lots, referring to the lots that Haman drew to determine the day on which he would massacre the Jews of Shushan. It was a lottery of life or death. So too, a lottery of life or death occurs on Yom Kippur. In ancient times, two goats were taken, and a lottery performed. One goat would live, while the other would be sent off into the wilderness carrying the people’s atonement into the unknown. Perhaps there are no two holidays where the message is more clear: sometimes a fate of living or dying is left up to chance.
*
But perhaps the deeper connection between Purim and Yom Kippur lies in both holiday’s emphasis on hope. The experience of fasting and atoning on Yom Kippur teaches us that humans have the capacity to overcome their fate. “Tefila, Tzedaka, Teshuva, have the power to overturn the decree!” we chant over and over again throughout the day’s prayers. So too, on Purim, we learn of the efforts of one woman to overturn the decree. Despite the imminence of death, we each have one last chance to hope for life.
*
There is great power in this hope for life that is renewed in each of us on Yom Kippur and on Purim. And notably, each of these holidays purposefully provide this hope for life at a moment when the Jewish people really need it. Yom Kippur gives us hope for life as we face the long winter months ahead. During the holiday that immediately follows Yom Kippur, we sit in the Sukkah and know to appreciate the last glimmers of Autumn weather. Sukkot is especially meaningful because of our renewed appreciation for the ability just to sit and exist.
*
And which holiday follows Purim?
When we finish Purim, with all its celebration and laughter, we look forward to Pesach. And just like Sukkot after Yom Kippur, the holiday of Pesach is made especially meaningful because of Purim’s lingering effect, too. There is no time in the Jewish calendar when the Jewish people would be more zealous for freedom. No longer do we want only one day of indulgent release; we are ready for the Jewish people’s complete liberation.